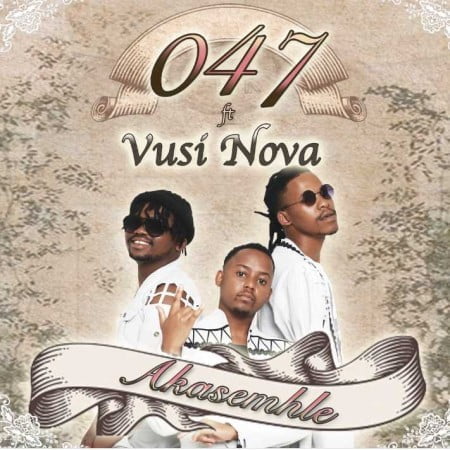 Just when we thought we had seen it all, top notch music duo and record producers 047 who have been on high trend lately decides to perfect their names once again as they drops a new song titled Akasemhle where they featured legendary music artist Vusi Nova. Cop below and enjoy.

“Akasemhle” will serve as the first track the duo have dropped this year as they tends to go big this year following the news about their upcoming studio album. The album will be made up of House music and also gospel and will feature other top notch music artists in the country. The track have been one of the most anticipated tune following the promotion by Mr Nova on his social media pages. So without added ado, update your playlist and leave a feedback with us using the comment box below.

047 as their name might not sound very solid have been one of the best singers when compared to their other up and coming music artists, and duo to their rare talent, lots of other top artists have been linking to them. The duo started their musical journey about a year ago despite the current pandemic and this year tends to rise their game by featuring Vusi Nova on Akasemhle, so no doubt this will become one of the best track this month, and it came with it’s instrumental and also the Backtrack version.

Vusi Nova on the other hand isn’t a small fish to fry in the industry as he has bagged lots of followers, which aided the promotion of the track. The vocalist and songwriter have been one of the best when it comes to cool vibes, gospel and love songs just as he did on his last LP project titled “Ngumama Album” which still holds top spots on many music charts, and today he decides to lend his vocals to 047 on Akasemhle.

Stream, and share “Akasemhle”. Don’t forget to drop your comments below.