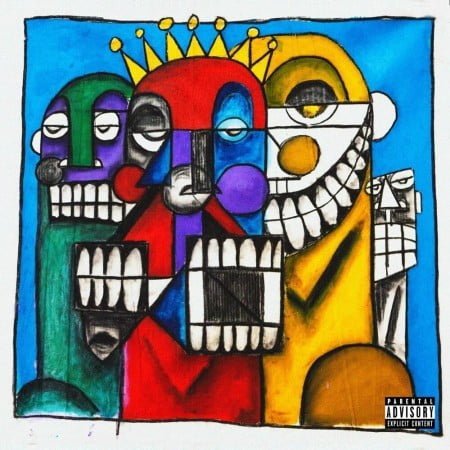 Finally the wait is over as multiple award winning rapper and performer mogul A-Reece who have been considered by many as the best hip hop artist in Mzansi is here today with his long awaited 2021 studio Album titled Today’s Tragedy Tomorrow’s Memory Mixtape. Cop below and enjoy.

“Today’s Tragedy Tomorrow’s Memory Mixtape” have been one of the most anticipated project this year when it comes to hip hop genre as the rap mogul have been postponing the release date of the mini album for quite sometime, but today he decides to let the cat off the box. The project will house about 13 dope hip hop tracks and featuring other top notch rappers in the country like Wordz, Jay Jody, Belo Salo, and Ayanda Jiya. So without added ado, update your playlist and leave a feedback with us using the comment box below.

A-Reece whose real name is Lehlogonolo Ronald Mataboge as many already is a South African rapper and songwriter, who have been hitting up the industry for more than half a decade now including his time with his former boss Ambitiouz Entertainment. He rose to limelight around 2015 after signing with the record label and dropping his first album “Paradise” and thus attracting many awards and fame, including the MTV Mama Award.

He later became some idols for many as time goes by after dropping “From Me to you and only you” in 2017 and also “L3 (Long Lost Letter)” around 2018 before leaving the record label and becoming an independent music artist, and thus proving his top class status with his last project “Reece Effect” which he dropped in 2019 and that will mark his last project before the pandemic struck.

Today’s Tragedy Tomorrow’s Memory Mixtape will serve as his first major project after dropping the above said Paradise Album, and also hinting of the vol 2 of the project, so this will serve as a warm up to what is to come in time.

Today’s Tragedy Tomorrow’s Memory was kick-started with his Bible quotation Mark 15: 35 which read “And some of them that stood by, when they heard it, said, Behold, he calleth Elias” and is used as he his introduction and was produced by MashBeatz. He didn’t stop there as he also went even harder on Hibachi before traveling to meet his home boy Wordz as they pens down their “5 Years Plan”.

A-Reece then concluded the project with Dotted Linez which was also produced by MashBeatz which he used as the outro, but before then he went on a loggerhead with Stogie T and Belo Salo to flame up the industry with his already trending “Bravo” track.