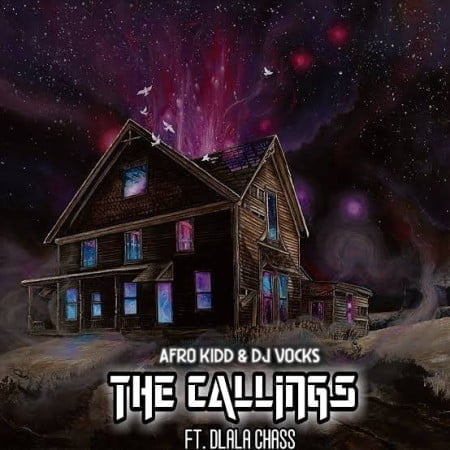 Record producers Afro Kidd and DJ Vocks decides to reconcile on a new killer gqom song titled The Callings where they perfected the tune with the magic touch of Dlala Chass. Cop below and enjoy.

“The Callings” have been on high demand for long now, since Durban Kid drops the notice on his facebook page. So today we decides to deliver the full original mix. So listen up, update your playlist and don’t forget to share your thoughts below.

Afro Kidd have been on his best lately as well as attracting many fans towards himself after the 2 dope tracks he did with Dlala Chass “Frequency” and “10 Blocks” where he was presented as a featured artist alongside LA Cheese and DJ Kop Kop360boy.

The youngster have also shared some insight about an upcoming project which will house top notcher in Igqom music genre. So stay tuned with us for more tracks from the record production mogul.

DJ Vocks on the other hand have been trending locally as he’s just making his mark with us no doubt his production is on a different level and we expect more from the young talent.

Dlala Chass also have been working hard for almost half decade now going viral on some of his tracks like the “Black Forest” and “Untold Stories” which have been on the playlist of many music lovers. And also dropping his 20k appreciation mix shows the kid is on the right path.

He also shared some insights with us about planning to drop a new EP which we believe might house the popular Pro Tee, who have been regarded by many as the best gqom producer in Mzansi. So stay tuned with us as we will be the first to drop it upon release.

Stream, and share “The Callings”. Don’t forget to drop your comments below.