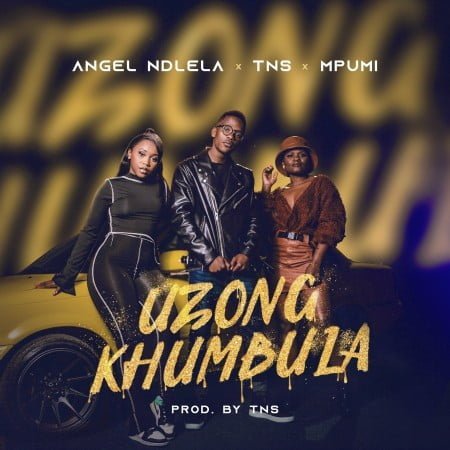 Just when we thought we had seen it all, top notch songstress Angel Ndlela who have been considered as one of the best vocalist in Mzansi returns with her highly anticipated 2021 afro house music titled Uzongkhumbula where she featured TNS and Mpumi. Cop below and enjoy.

“Uzongkhumbula” have been hitting up the country foe weeks now since the track was first premiered on many radio stations, and also was used by TNS as his display picture, and also urged fans to keep an eye on the track. The track will serve as the first time the trio are uniting on a single project and certainly will be one of the best music this year with respect to the numbers it’s making on many musical charts lately. So without added ado, update your playlist and leave a feedback with us using the comment box below.

Angel Ndlela is a Durban based singer and songwriter, and with her magical vocals, her unique talents can’t be overlooked. She made her first mark on TNS Phupholetu Album where they both went hard on “Kunzima Madoda” which springs some rumors if the 2 artists are dating but till date, none of them have came open out the claims. And today she strives to further tattoo her name into the hearts of fans by linking up with TNS and Mpumi as they journey with Uzongkhumbula.

TNS and Mpumi on the other hand have been hitting up the industry over the years, and this one won’t be their first partnership as they made about 3 appearances last year and their most significant will be “Umona” where they both performed life on one of the biggest SA music studio, and today they decides to extend their support to Angel Ndlela on her first track Uzongkhumbula.

Stream, and share “Uzongkhumbula”. Don’t forget to drop your comments below.