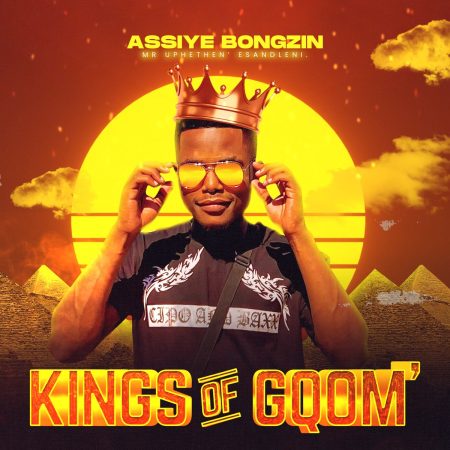 Following the recent news about his upcoming tour, high talented hit maker Assiye Bongzin who have been on low key for long now returns with his long awaited 2022 mini album project titled Kings Of Gqom EP. Cop below and enjoy.

“Kings Of Gqom EP” will serve as the first major project from the youngster and already self-proclaiming himself as the best in the genre. No better time to mount the mantle than now as the glory of the gqom genre have been reduced drastically by the rise of the amapiano music genre. On this one, he decided to make is short and sweet by packing about 9 tracks in all and featuring the likes of General C’mamane, CeeyaDaDj, King Lee, DJ Ligwa, Benten, Cultivated Soulz, Uzoskhulula, Toolz Umazelaphi, Vanger Boyz and CampMasters.

Tracklist Of Kings Of Gqom EP: