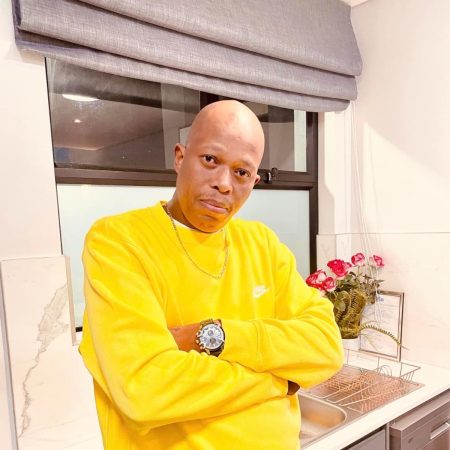 Mzansi multiple award winning musician Mampintsha who have been on the top trend on all social media platforms since reviving the Big Nuz team again is dead. He has finally passed away.

The news of the demise came on Saturday morning being the 24th day of December, 2022 and was confirmed to the public notice by the manager of the West Ink Record label Sbu Ncube some hours after his death and also specified that the cause of death will not be made public for now as the family morns their father and Husband.

In a statement, the Mampintsha management said details of his passing cannot be shared with the public and that communication about funeral and memorial services would be announced in due course.

“Husband, Father, Musician and Westink CEO Mandlenkosi Mampintsha Maphumulo has diad. Details of his passing cannot be shared to the public. The family of Mandlenkosi Maphumulo aka Mampintsha as well as the Westink team has kindly requested privacy at this difficult time and will release a statement in due course.” He said

The Big Nuz front man have been trending since the start of the month, and many prayers have been with him and his family as they strive to contain the tragedy.

The 40 years old artist survived by his wife Babes Wodumo, both of whom have been dominating the gqom space for many years now and have practically become one of the best couple in that genre with about 6 projects to his name.

Record label Afrotainment released an official statement on Wednesday confirming speculation that the 40-year-old, whose real name is, Mandla Maphumulo, had been admitted to King Edward Hospital in Durban.

This after the star, who gained fame as part of musical group Big Nuz, suffered a minor stroke. It added the musician was under the supervision of doctors.

Mampintsha and Babes, real name Bongekile Simelane, have a child, known to fans as Sponge.

The pair tied the knot a year ago and their wedding was screened in a Showmax special, in addition to the reality TV show Uthando Lodumo.