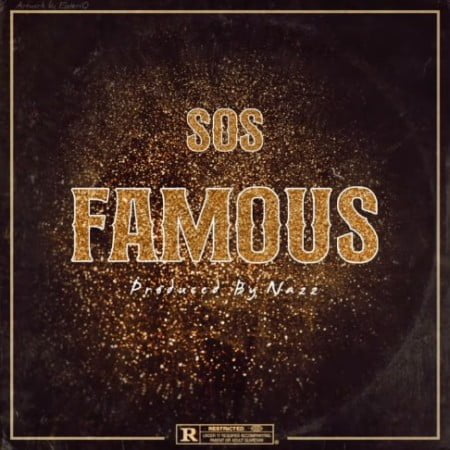 Just when we thought we had seen it all, high prolific rapper and performer Big Xhosa who have been hitting up SA hip hop since the beginning of the year returns with a new killer track where he let’s his haters know he’s Famous and rapped as SOS RSA who is like the English version of him and with his dope lyrics. Cop below and enjoy.

“Famous” have been making large numbers on Tik Tok after the snippet was shared by the rapper last week after his “Yerrr Big Xhosa Ep 1” show on MacG Podcast where he talked about the recent happenings in the country and also the energy which fueled his diss track which brought him to limelight. The track also will serve as the 3rd track he’s blending in his English version and without doubts, fans have been clamoring and proclaiming him to be the best South African hip hop artist this year. So without added ado, update your playlist and leave a feedback with us using the comment box below.

Big Xhosa who have been previously known as SOS have been tearing the SA hip hop since this month following his diss track “Ninyile” where he went so hard on A-Reece, Nasty C, Emtee, Cassper Nyovest, Focalistic, Big Zulu and Shane Eagle, and today he decides to leave out his Zumest hard raps to perfect a pop with perfect English Lyrics of his “Famous” track and keep fans mouth wagging as they tends to speak good of him after many hate speeches like when he did the iKuku song.

Just to avoid unnecessary confusing, Big Xhosa and SOS are practically same person, but raps in different ways, and last appearance when the 2 parts of the artist surfaced was on “iLanga” which was the first time fans actually heard his main voice, and when asked about it, he explained that the hard raps and comedy was a marketing skills, and fans have grown to love him that way.

Stream, and share “Famous”. Don’t forget to drop your comments below.