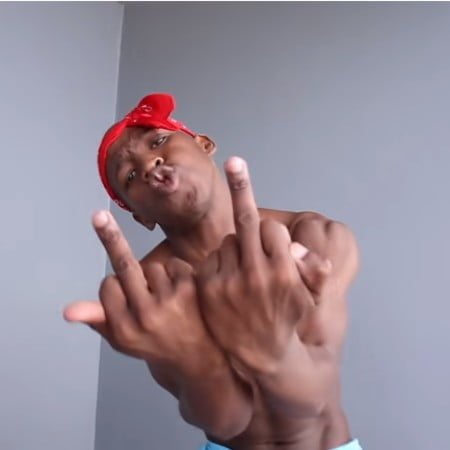 As we groove to the new month, South African high talented rapper and performer Big Xhosa also known as SOS RSA who have been trending all over the country for long now have finally drops his massive diss track titled Ninyile where he went hard on all SA Hip Hop rappers, and here we will break it down on what he said as he kept calling himself The best rap, rapper and rappest and also dropped the video of the track. Cop below and enjoy.

“Ninyile” have been hitting up the industry for long now since the fast rising rapper wowed fans some days ago, thus cracking everyone up with laughter and some even believed him to be a comedian. On the track, the rapper went so hard on Big Zulu, A-Reece, Cassper Nyovest, Nasty C, Shane Eagle, Emtee and focalistic, but leaving AKA along due to he’s still morning the loss of his girlfriend as he calls himself the Dope Doper and Dopest. So without added ado, update your playlist and leave a feedback with us using the comment below.

Big Xhosa who have been previously known as SOS RSA have been hitting up the country, posing as the best rapper alive in the country, and going very hard with popular beats, and on this one he used 2Pac’s hardcore beat, and dissing the rapper he called out Big Zulu saying that guy is too big for me to diss, I’m scared, and called out A-Reece calling him a baby girl, and said Cassper Nyovest beards looks like that of a goat, and said Nasty C speaks to much English, and Emtee is a sad case, and says Focalistic is lucky because he’r doing amapiano, thus calling himself 10 Pac because he’s 5 times better than 2 Pac. This have been causing issues in the industry since then as all the above mentioned rapper have been blocking and abusing the youngster.