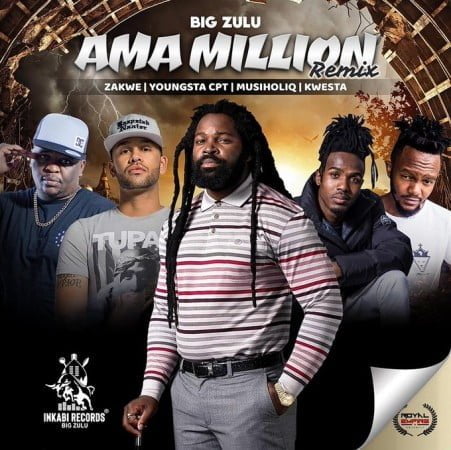 Ama Million Remix have been on high demand for many months now, so today Zulu man decides to share the cover artwork as well as to reveal the artists he will house on the upcoming remake of the street banger.

The Original mix was a cracker and as such have attracted many music lovers to demand for a remix though as we see Cassper Nyovest is missing here unlike the first version.

However, Cassper have apologized for missing the remix but he’s confident that the remix will be a banger as it houses the likes of Kwesta and Zakwe.

Stay tuned with iminathi for the full released and drop your comments below what you think about this massive collabo.