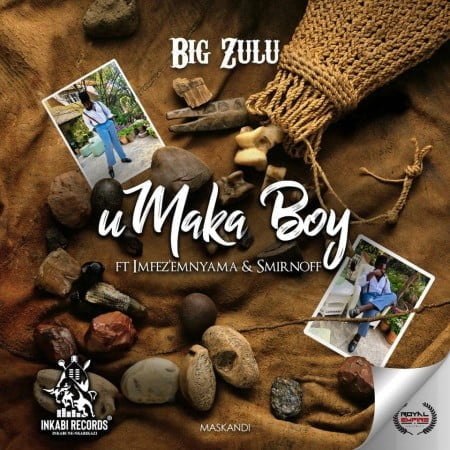 “uMaka Boy” have been the talk of the town for many weeks now since the artist announce that he will be slacking a little back from rap to represent his fatherland. and also urge fans to support him as he strives to drop his upcoming studio album.

Big Zulu whose real name is Siyabonga Nene have been regared by many as the King of Nkabi Rap, and today he decided to live up to that expectation as he actually earned his status and authority on the streets.

In recent times, he has been doing the most with the monster jam “Vuma Dlozi” which featured Mnqobi Yazo proving to be one of the biggest songs in Mzansi right now.

He also displayed his awesomeness in recent times despite the lockdown ad he even dropped a song for that where he connected with Mfanie and the beastly effort “Ama Million (Remix),” alongside Zakwe, YoungStaCPT, Musiholiq and Kwesta continues to buzz.

This time amd with “uMaka Boy,” he makes it a reunion with Imfez’Emnyama while Smirnoff refuses to be out shined on the gig by completing the rout on all fronts.

Yet, Big Zulu simply makes a Maskandi smash on this one with all the bars, the golden production and celestial vocals. This is simply the ultimate triumph.

Stream, and share “uMaka Boy”. Don’t forget to drop your comments below.