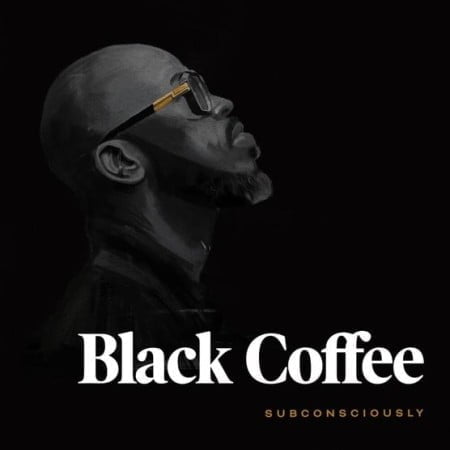 Finally the wait is over as multiple award winning DJ and record producer Black Coffee who have been regarded by many as the greatest of all time when it comes to South African house music is here today with his highly anticipated 2021 studio LP project titled Subconsciously Album. Cop below and enjoy.

“Subconsciously Album” which have been the most streamed project from Mzansi this year will house about 12 tracks in all, which are made up of Afro and deep house mainly, and will feature many top music artists like Jinadu, Maxine Ashley, Sun-El Musician, Sabrina Claudio, RY X, Cassie, Usher, Jozzy, Pharrell Williams, Celeste, Msaki, David Guetta, Delilah Montagu, Diplo, Una Rams, Tellaman and Elderbrook, many of which are international artists. So without further ado, update your playlist and leave a feedback with us using the comment box below.

Black Coffee whose real name is Nkosinathi Innocent Maphumulo have been one of the best disc jockeys in SA music industry, who specializes mainly on house and classical music, and also perfect songwriter. He started his music journey around 1994 and has released five albums when it was just DVD player in place to play music. The hit maker keeps getting better and better with his recent recognition on Tomorrow Land in 2018 as well as in 2019. He also appeared on Guinness world record after his portrait was used as the floor decoration of a major event.

Subconsciously Album will follow up his mini album project “Music Is King EP” which housed 6 tracks and each topping many local charts till date, especially his “Any Other Way” track which he featured Karyendasoul and vocalist Zhao . This 2021 album will mark his first mega project in almost 3 years and indeed it’s worth the wait, as it have been certified as the most streamed project despite it’s still on the pre-order stage.

The Subconsciously Album by Black Coffee will kick-start with “Lost” alongside vocalist Jinadu which will serve as the intro to the project, then followed by his killer love track with Maxine Ashley and Sun-El Musician titled “You Need Me” which will be used by many as their Valentines song this year. The hit maker didn’t stop there, as he went far to drop “SBCNCSLY” where he connected with American songstress Sabrina Claudio who’s currently breaking many records with her just released “Christmas blues Album“.

Black Coffee didn’t stop there, as he also decided to journey to the love lands with RY X on their hit track “I’m Fallin” which have been certified multiple gold status at the time of the post thus leading to his collaborations with singer Cassie as they checks the perfect “Time”.

The legendary disc jockey didn’t stop there, as he further perfect his name as the best in the industry by connecting with multiple-award winning American singer and dance Usher as they both went on a loggerhead on “LaLaLa” is currently one of the most played tracks on almost all radio stations in the country last year.

The Subconsciously Album will then be winding up with “Never Gonna Forget” where he linked with Diplo and Elderbrook, but before that he decided to gave Jozzy and Pharrell Williams “10 Missed Calls” before connecting to Msaki and Celeste on “Wish You Were Here” and “Ready For You” respectively. The project also will house his all time best track “Drive” where he cleared the air with the American DJ David Guetta and British songstress Delilah Montagu.