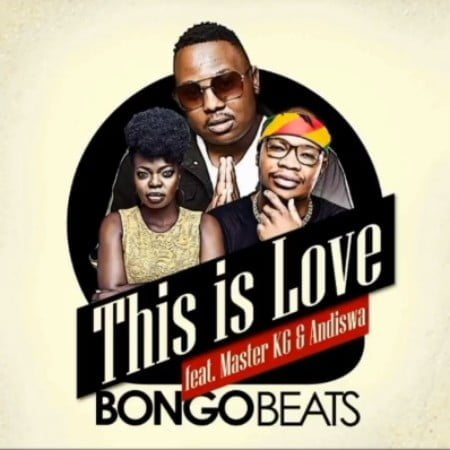 Finally the wait is over over as high talented record producer and party machine Bongo Beats who have been hitting up the industry for many years returns with his long awaited killer track titled This Is Love where he featured award winning hit maker Master KG and perfect the vibes with the magical vocals of songstress Andiswa Live. Cop below and enjoy.

“This Is Love” will be his first track since dropping his last studio album “Dance With Me” back in 2019 which housed dope about 16 dope tracks and featuring top notch music artists as well as vocalists. So no doubt as it looks like the hit maker is already driving towards giving us new album, so stay tuned as we will be the first to drop the full project upon release. In the main time, update your playlist and leave a feedback with using the comment box below.

The track have been on high demand for many months also since the track was played by Master KG on one of his gigs last year, so today we decides to bring you the full original mix as we groove to the new year.

Bongo Beats is not a man of many words as he allows his productions speaks for him, and despite not attaining the height which he planned, the Open Mic production hit maker have remained one of the best in the country.

Now partnering with Master KG who have been regarded by many as the best hit maker in Mzansi portrays “This Is Love” will indeed be a banger and will last for the test of time. The track also is suitable for many festive seasons, especially Valentines day, so looks like we now have a 2021 Val song for many lovers out there.

The hit maker have been ruling the country with his “Jerusalema” hit track and even garnished it with his last 2020 LP project which he titled “Jerusalema Album Deluxe” and now joining forces with Bongo Beats and songstress Andiswa, no doubt this one will be a vibe.

Andiswa on the other hand have been making good vibes in the country and looks like a new number to added to the Open Mic team, as the vocals can match any singer in the country. She previously lend a voice to Prince Bulo on his last album “One Life” where they both journey into the soul of many with “Ngiyakhuza” and now blending with Master KG and Bongo beats, let’s wait for fire.

Stream, and share “This Is Love”. Don’t forget to drop your comments below.