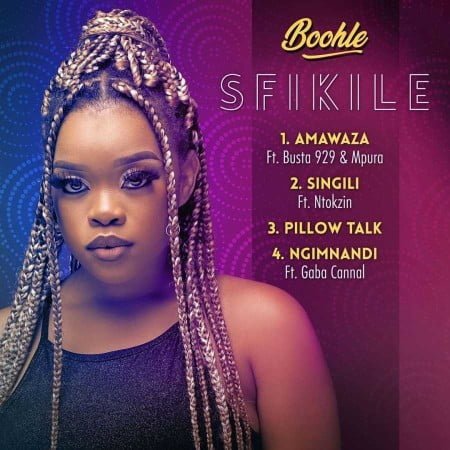 Amapiano queen Boohle who have been recently considered as the best piano songstress this year returns with the full original track of his highly anticipated 2021 song titled Singili and on this one she features the skills of hit maker Ntokzin as she perfects the beats with her angelic lyrics. Cop below and enjoy.

“Singili” have been trending for almost 2 months now, with the leaked version dominating the country, though with the perception that the track was attributed to De Mthuda and Kabza De Small, without knowing Boohle was the main artist behind all it’s magic. The track was used by several DJs in the industry on their mixtape sets, and served as one of the most demanded exclusive (locked track) out there, without knowing it was taken off her upcoming mini album project titled “Sfikile EP” which is already staged to be released on the 3rd of September, 2021. So stay tuned with us as we will be the first to deliver the full project upon release, and in the main time, update your playlist and leave a feedback with us using the comment box below.

Boohle without doubt have been risen as one of the most talented female vocalist when it comes to SA music industry irrespective of the genre, as she have proven to be the best in the amapiano, and nearly same level with the like of Toshi and Msaki when it comes Afro house music genre. The songstress have barely stayed up to half a decade in the industry and we wouldn’t be wrong saying this is only her starting point. Earlier this year, she was featured by Cassper Nyovest on his “Sweet And Short 2.0 Album” as they served 2 tracks “uMacashelana” and “Siyathandana“, both of which have been dominating as the best piano tune this year by far margin, and coming today with yet another wonder Singili alongside Ntokzin simply entails the vocalist still has lots of goodies on her box.

Ntokzin on the other hand have been without doubt the most underrated piano king in the country, and can only be compared with the likes of Abidoza and Kazba De Small, though many will disagree as his fans base are still low, but with his last project “Black Duke Album“, it’s hard to overlook such talent as the project have been dominating the digital stores for most streamed piano LP project this year, and today he decides to seal his name even far deeper on the hearts of his fans with Singili which was perfected with dope lyrics from Boohle.

Stream, and share “Singili”. Don’t forget to drop your comments below.