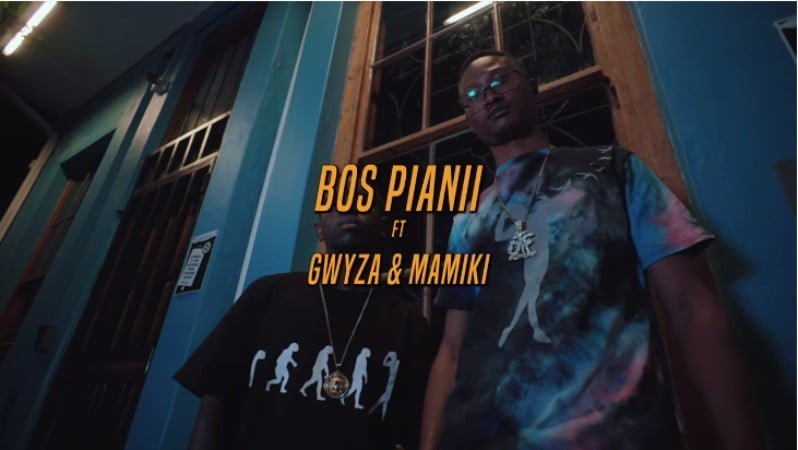 Finally the wait has come to an end as high talented record producers and disc jockeys BosPianii who have been working together for long now decides to drop the MP4 official music video of their hit song titled Case Closed where they performed alongside Gwyza and Mamiki. Cop below and enjoy.

“Case Closed (Video)” have been the talk of the town since the audio was released some days ago and since then so many dance challenge have been evolving on social media on which moves will match the killer track, but today the duo decides to let the cat out of the bag, and urge fans to keep up with the massive support, and also promise of a new studio album coming up soon, so stay tuned with us as we will be the first to drop the full project upon release, and in the main time, update your playlist and leave a feedback with us using the comment box below.

BosPianii as many just have come across that name are music makers and often considered by fans as one of the best when it comes to the amapiano music genre with lots of dope tracts attributed to their name and some of which will be “Kwanele” where they linked up with Tete, and also their massive Holly Rey Deeper Remix which have been considered by many as the best remake of that song. The duo started their musical journey around 2018 when the genre was still underground and was among the first pioneers of the amapiano genre and bringing Case Closed Official music video with Gwyza and Mamiki today simply shows how dedicated the duo is towards their course.

Gwyza and Mamiki on the other hand have been working very hard lately and have been linked up with other top hit makers in the past as they strives to become the best vocalists in the country and starting the year with BosPianii is indeed a Case Closed.

Stream, and share “Case Closed (Video)”. Don’t forget to drop your comments below.