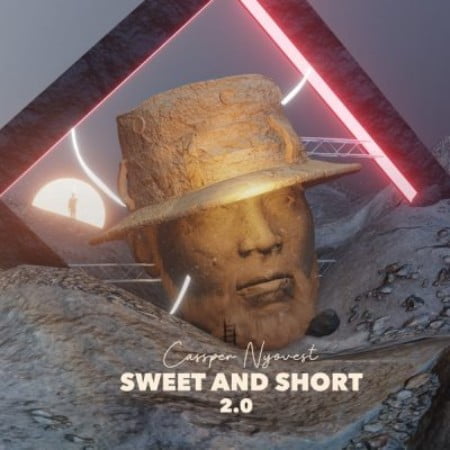 Finally the wait is over as multi-award winning rapper and performer Cassper Nyovest who have been considered by many as one of the best and biggest artist in Mzansi decides to drop a new amapiano song titled Siyathandana and this time he features record producer Abidoza and songstress Boohle. Cop below and enjoy.

“Siyathandana” will be lifted from his upcoming studio album which will be titled “Sweet And Short 2.0”, making it the version 2 of his 2019 award winning project. He further emphasizes on the project by saying the project is about 90 percent done and will be dropping any moment from now, and one thing we know about Mufasa is that he don’t bluff so start tuned with us as we will be the first to drop the full project upon release. In the main time, update your playlist and leave a feedback with us using the comment box below.

Cassper Nyovest whose real name is Refiloe Maele Phoolo as many already know is not a small fish to fry when it comes to music in the country, in fact he’s currently regarded as one of the most successful music artist in the country with countless hit tracks, many of which are hip hop which we already knew him with, not until the divergence of DJ Maphorisa, thus dragging the Mafusa to feel the piano vibes, and till date he’s been doing well. Some of the tracks he has contributed to are “Bambelela“, Ho Monate, Siya Trenda and many more.

Boohle on the other hand, as we said above is beyond doubt the uncelebrated amapiano queen as she keeps bringing massive touch anywhere she is, thus packing many followers despite being very young in the industry. Her limelight practically started immediately she emerged in to the industry as all record producers have been longing for such vocals for a long time as she can blend perfectly irrespective of the genre perfects every beat like gqom, afro house and regains more stand on the yanos style of music. Some of her efforts can be seen on Heavy K Qondile where she performed alongside King Monada. And today linking up with Cassper Nyovest and Abidoza on Siyathandana simply perfects our optimism about new album loading.

Abidoza on his own lane have been one of the most uncelebrated piano king with most of his efforts being shared with the twin DJs Major League where they crowned thier efforts with a 2 successive albums like “What’s The Levol EP” and “Pianochella Album“, both of which tops the chart in SA music industry, and today he decides to lend his efforts once again on Siyathandana alongside Cassper Nyovest and Boohle.

Stream, and share “Siyathandana”. Don’t forget to drop your comments below.