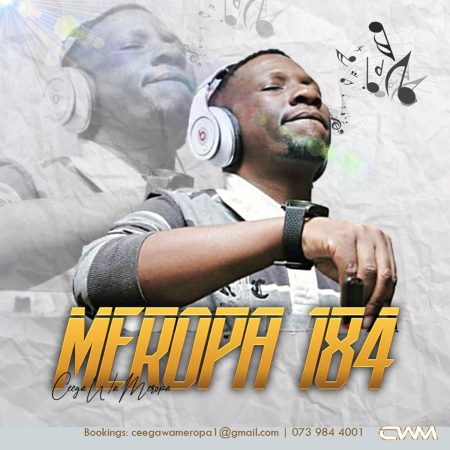 As we groove to the weekend celebration, top class hit maker Ceega Wa Meropa who have been often considered as one of the best deep soulful house DJ is here today with a new mixtape session captioned as 184 Mix (Feels Good And Right). Cop below and enjoy.

“Meropa 184 Mix (Feels Good And Right)” is without doubt one of the best sets the deep house minister have dropped this year, and the numbers have been speaking out already, just as it was captioned as when words fails, Meropa session speaks. The mixtape set runs for about 3 hours with dope tracks perfected selected by the hit maker to match what fans have been longing to grasp in a long time. Some of the tracks on the set are still unreleased, and will be released alongside his upcoming studio album which will make it the first massive project from the top notch disc jockey, so stay tune with us. In the main time, update your playlist and leave a feedback with using the comment box below.

Stream, and share “Meropa 184 Mix (Feels Good And Right)”. Don’t forget to drop your comments below.