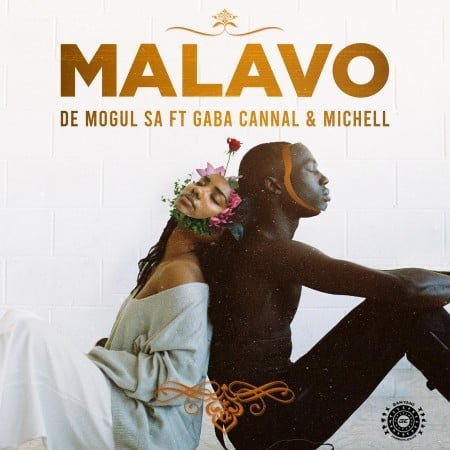 Following the recent news about his upcoming studio album, high talented record producer De Mogul SA who have been considered by many as one of the best amapiano hit maker in Mzansi returns with his long awaited 2021 amapiano song titled MaLavo where he featured Gaba Cannal and Michell who perfected the beats with her lyrics. Cop below and enjoy.

“MaLavo” have been hitting the industry as one of the most demanded locked tune this year, after it was first served by the hit maker on one of his gigs and also shared the video snippet on his social media handlers, thus causing massive havoc on the net as fans can’t just wait to include the track on their collections. The track also was lifted from his upcoming studio LP titled “Lesson 2.0 Album” which will be released later this year. So without added ado, update your playlist and leave a feedback with us using the comment box below.

De Mogul SA as many already know is not a man of many words as his productions speaks for him despite he likes attacking other Djs who focuses on deep house music. The hit maker have been considered as one of the best when it comes to the ampiano music genre with countless hit tracks to himself like his perfect touch on “Wena Wedwa” and “Amanyan-Nyan” where he combined efforts with Sino Msolo, also his remix of the Teni’s Case song have been classified as the best remake of that song and have been trending in Nigeria.

Not only being a fine DJ, De Mogul SA have also been helping many upcoming music artists thus making them superstars like when he connected with the songstress Natalia Mabaso on Ndiphelele, she was practically a nobody, then after that she connected with Heavy K and can be said to be one of the best vocalists in the country. So today connecting with Michell and Gaba Cannal on MaLavo simply tells the songstress is on the verge on becoming the next big thing.

Stream, and share “MaLavo”. Don’t forget to drop your comments below.