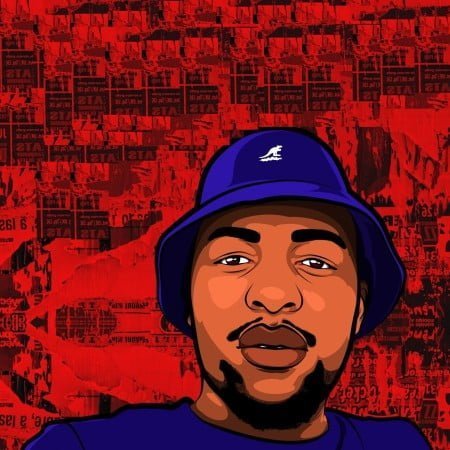 Finally the wait is over as high talented DJ and record producer De Mthuda who have been hitting up the industry lately returns with his highly anticipated 2021 amapiano song titled Wamuhle where he featured Boohle, Njelic and Ntokzin. Cop below and enjoy.

“Wamuhle” have been the talk of the town since last balcony live mix b2b s2 ep3 mixtape sessions with the twin djs Major league djz, thus today the hit maker decides to spice up the weekend with the full original mix as we groove to the Valentines day. The track also have been rumored to be inclusive on his upcoming studio album which he will be releasing later this year, so stay tuned with us as we will be the first to drop the full project upon release. In the main time, update your playlist and leave a feedback with using the comment box below.

De Mthuda who have been the man of the people since last year, and better known for his caption “There is no King” which started trending on social media after Kabza de small dropped his last debut project which he gave a dominating title “I am the king of amapiano album“, since then Mthuda have stepped up his game and thus proving the world wrong as he know the potential he has, and some of his efforts will be seen on some of his last productions like “John Wick” where he featured Ntokzin and Sir Trill, also on Lalela alongside Ntokzin, Njelic and Malumnator, and then rounded it all with his Ace Of Spades EP, so today joining forces with Boohle, Njelic and Ntokzin on Wamuhle simply shows he’s top class and importance to the amapiano music genre.

Boohle on the other hand have been one of the best songstress when it comes to piano music, and her first installment simply shows the light in her, and that was her combination with Josiah De Disciple where they both perfected the universe with “Umbuso Wabam’nyama EP” and since then she have been on the radar of almost all yanos producers.

As many already know Njelic who have been simply magical in the music industry as he perfects his name as both a hit maker and also a vocalist following series of his FM mixtapes sessions and still tenders perfect vocals with lightening lyrics when called upon like his perfect drive on Messiah where he journeyed with De Mthuda, Ntokzin and MalumNator. Also he has bagged many hit track, and some of them will be Phanda alongside De Mthuda and Mkeyz, and also on The Life and Maria Nova, both of which he featured De Mthuda and Ntokzin, all of which was lifted from his Garage FM Album.

Ntokzin on the other hand have been heavily linked with De Mthuda and Njelic to the extent fans were wondering if the music artists were about to form a band, but here we are again his last massive contributions on Make You Happy, a track which was perfected by the fast rising disc jockey Malumnator on his last album ““Moya Wam EP”. Before then then hit maker have dropped Busisiwe EP which housed about 2 tracks dope tracks “Mawunje” and Izintombi which was perfected by The Majestic, De Mthuda, MalumNator, Moscow and Mkeyz, now going on a loggerhead with the vocals of Boohle and Njelic on Wamuhle simply denotes one thing which is fire all the way.

Stream, and share “Wamuhle”. Don’t forget to drop your comments below.