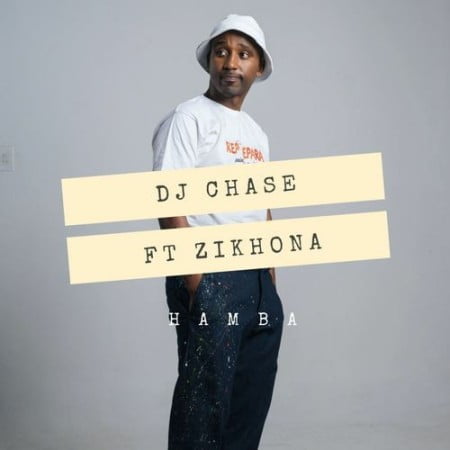 Finally the wait has come to an end as high talented disc jockey and record producer DJ Chase who have often been considered as one of the best hit maker in the country decides to let the cat off the box today be dropping his highly anticipated 2021 afro house music titled Hamba where he featured songstress Zikhona who perfected the beats with her angelic lyrics. Cop below and enjoy.

“Hamba” have been on high demand for almost 2 years now since he announced the track on his social media pages, and also top Djs like Shimza, Da Capo and Black Coffee vibing the track on most of their mixtape set, thus making some house heads to cuts several mix just to get in touch with the vibe the track was sending. The track also happens to be the first track he’s dropping after several months, and he’s yet to open up to fans the reason behind the so much delay in releasing the track, but in all, kindly update your playlist with the full original mix, and don’t forget to leave a feedback with us using the comment box below.

DJ Chase is not a man of many words but allows his productions do the talking, and have been dominating the industry for more than 5 years before going awol in 2019. Though he might put the blame on the Covid 19 outbreak but in all we actually miss our finest hit maker. The artist have shared stage with top DJs in the past like Temba, Shimza and Black Coffee and often considered as one of the best following the launch of his New York City based production company Worldwide Soundz Records, and today he decides to re-surfaces with Hamba alongside Zikhona.

Zikhona on the other hand goes by the real name Zikhona Sodlaka and have grown to become one of the best South African female vocalist and actress best known for her starring roles in television series such as Shooting Stars, Rhythm City, Soul City, Intsika and Montana. Sodlaka once got a nominated for the South African Film and Television Awards, and today she decides to further tattoo her name on the hearts of her fans with “Hamba” song where she shared the studio with DJ Chase.

Stream, and share “Hamba”. Don’t forget to drop your comments below.