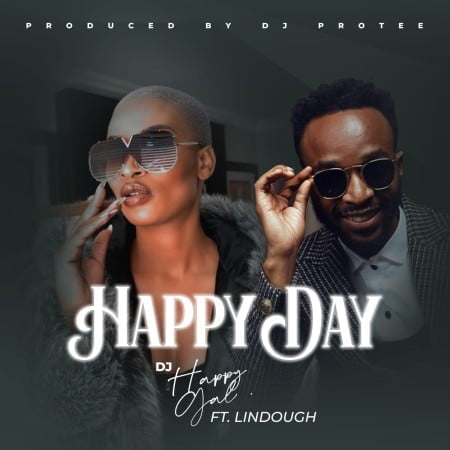 The groove just keep getting better as top notch hit maker DJ HappyGal who have been considered by many as the best female disc jockey in the country returns with a Happy day celebration where she features Lindough and was produced by Pro Tee. Cop below and enjoy.

“Happy day” is a killer track which alternates between afro house and gqom, and have been hitting up the country since this month as soon as the music artist shared the snippet of the track, thus urging fans to drop their challenge video. The track also was produced and Mastered by one and only Pro Tee who have been considered as the best remix maker, as his production skills is out of this universe. Update your playlist and leave a feedback with using the comment box below.

Just as the name sounds, DJ HappyGal no doubt is a happy girl this weekend, and this will mark her first track this year as the hit maker have been on low key since last year when the pandemic stroke. She previously featured hip hop mogul Gigi Lamayne on “Injabulo” before temporary shutting down from music until the Lockdown relaxes. So coming today with Pro Tee and Lindough to celebrate a Happy day simply indicates that the queen is back.

Lindough on the other hand have one of the most respected vocalist in the country with countless hit tracks recorded to his name, some of which will be his magic days with DJ Catzico where they both perfected the atmosphere with “Nomalizo” and also on his last solo single “uDaddy Ophantayo” which he dedicates to his son who on the other hand have been growing to be a fine musician.

Stream, and share “Happy day”. Don’t forget to drop your comments below.