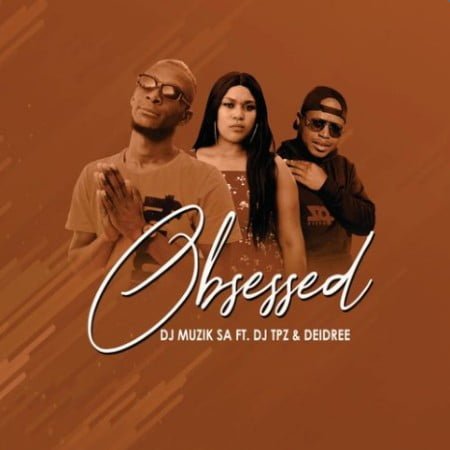 Our very own record producers DJ Muzik SA and DJ TPZ this time teams up with Deidree, a renowned vocalist in the SA music industry to produce a record breaking track that will leave fans obsessed with more of afro house music from them. Cop below and enjoy.

“Obsessed” as the name implies has left fans wowed after its release few days ago, following a live stage performance by the disc jockey weeks ago in London where he promised fans of more hit tracks soon. So stay tuned with us for more songs from your favorite hit maker, but in the main time, update your playlist and leave a feedback with us using the comment box below.

DJ Muzik SA is a super talented disc jockey and record producer from Mbombela whose real name is Muzi Masinga has proven to be one of the best in afro house music and many more genre since the last few years after the dawn of his music career, and today he decides to set a new mark with DJ TPZ and songstress Deidree as they hint on being Obsessed with their new found vibes.

DJ TPZ and Deidree on the other hand have been one of the best pair in recent times, with the later dominating with her breath-slaying vocals, and the hit maker rooting his name into the hearts of his fans with his production style. Before now he released a Valentine’s day track which was titled “I’m In Love” where he featured vocalist Minollar, and series of other mix projects, many of which houses exclusive tracks which will be released alongside his mega project which he shared some insights on his social media handlers. And today he decides to lend his skills to DJ Muzik SA as they ride on Obsessed together.

Stream, and share “Obsessed”. Don’t forget to drop your comments below.