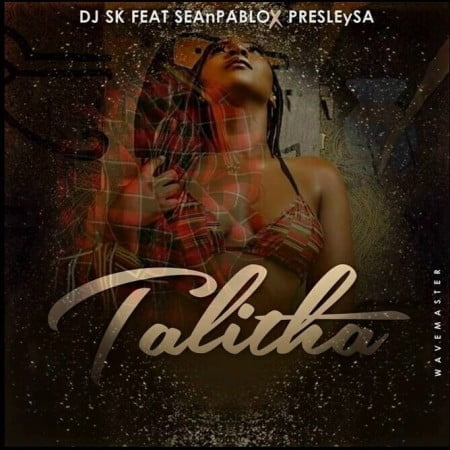 Finally the wait is over as top notch hit maker and record producer DJ SK who have been on low key for a while decides to fill the atmosphere with love as he drops a new song titled Talitha Master where he featured vocalists Sean Pablo and Presley SA. Cop below and enjoy.

“Talitha” which he called the Master hit is a love song which he specially packaged for this year’s Valentines day celebration as he paints the sky red with the breath-taking lyrics of the song. The song also will follow his last hit tracks like Lizalise and Pandemic where he connected with Minollar and Mchingo PE respectively, and today decides to join forces with Sean Pablo and Presley SA. Without added delay, update your playlist and leave a feedback with using the comment box below.

Despite bring a find hit maker, DJ SK have been a strong pillar to the SA music industry with his unique talents which aids in so versatile as he can produce all music types including amapiano and gqom, and some of the magic can be seen on his track with Sdudla Noma1000 titled No Filter. The hit maker have been producing since the age of 15 and have grown to become one of the best.

Sean Pablo and Presley SA on the other hand have been doing the most lately and it will be difficult to convince anyone that both are upcoming artists, as their vocals are so pure and will soft any soul, and lending their voices on Talitha will be some thing magical and we can see the reason why DJ SK called the track a Master.

Stream, and share “Talitha”. Don’t forget to drop your comments below.