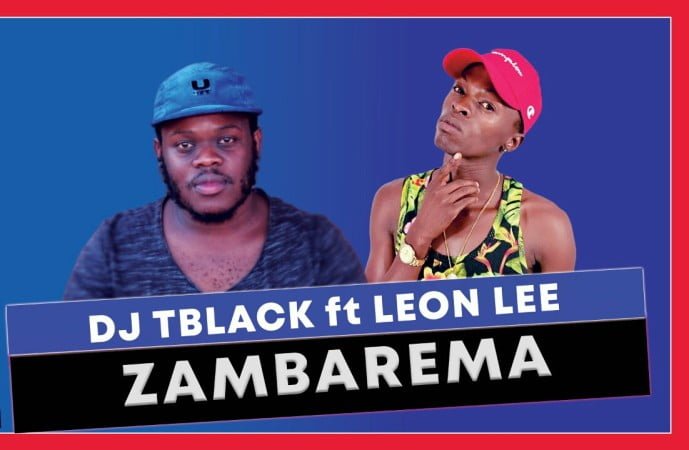 Just when we thought we had seen it all, top notch hit maker and record producer Dj Tblack who have been working very hard lately decides to further perfect his name in the industry with a new House music titled Zambarema where he featured vocalist Leon Lee. Cop below and enjoy.

“Zambarema” simply portrays an emotional story line and centers on itself, as the guy is not around and when things get very bad, he needs his Zambarema to feel alright. The track also will be the first track from the hit maker as he ventures into his musical journey and also hints on a new studio album which he’s yet to reveal the release date, so stay tuned as we will be the first to drop the full project upon release. In the main time, update your playlist and leave a feedback with us using the comment box below.

Dj Tblack as many might not be very familiar with that name is a record producer based in Limpopo and have dropped his signature in so many hit tracks which currently tops many local chats till date and his last productions will be “Emathandweni” where he assisted his friend Acilento, Leon Lee and Jay Cash. Now coming today with his first track Zambarema simply shows the youngster is ready to mount the throne.

Leon Lee on the other hand have been considered by many as the best vocalist in the country after the success of his “mang’dakiwe” and have often times compared with the likes of King Monada who groomed him, Daliwonga and Sir Trill who is currently the most featured artist this 2021. And lending his voice today on a different genre Zambarema alongside Dj Tblack is something that will last for the test of time.

Stream, and share “Zambarema”. Don’t forget to drop your comments below.