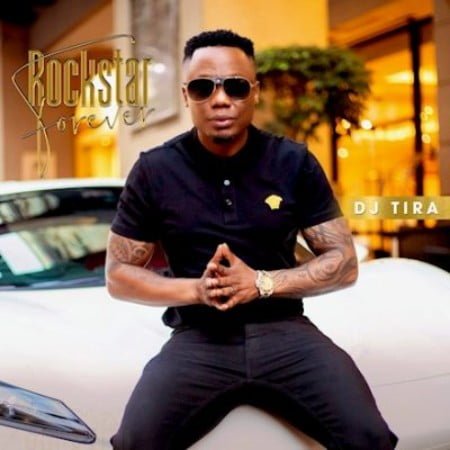 Finally the wait is over as multiple award winning record producer, disc jockey and Afrotainment boss DJ Tira who have been considered as one of the best music artist in Mzansi is here today with a new killer LP project titled Rockstar Forever Album. Cop below and enjoy.

“Rockstar Forever Album” slowly is gaining ground as one of the best House project this year in the country so far, but still afro house some gqom tracks, as the Afrotainment boss vows never to leave the genre regardless of the side talks about the genre being dead by the emergence of the piano genre. The project will house about 10 tracks in all and featuring other top notch music artists in the country like Q Twins, Nicole Elocin, Dark Silver, Makhadzi, Professor, SpiritBanger, Gqubu, Jumbo, Prince Bulo, Ntencane, Joocy, Stoorne, Mtebza, Khazozo, uBiza Wethu, Mampintsha, Beast, Worst Behaviour, Western Boyz, Dladla Mshunqisi and BlaQRythm. Cop below and enjoy.

DJ Tira whose real name is Mthokozisi Khathi have been one of the best music artist in the country and often loved by many due to his unique talents into blending all genre regardless. He started as DJ and Kwaito music maker, and later emerged as a producer before leaving his birth province Hlabisa to Durban to find his part, and have been breaking many records since 2000 where he won the Smirnoff SA DJ Knockout competition, and often regarded as the founder of the gqom music. The hit maker has about 7 projects to his name and today he decides to make history with Rockstar Forever Album.

On the Rockstar Forever Album, DJ Tira started the project with his “Ngilimele” track where he featured the twin singers Q Twins, and have been laying many emphasis on this track as it looks like it might be the best track on the project. After that he decides to connect with piano songstress Nicole Elocin and Dark Silver to light up the world with Scelu Moya, before doing a remix version of his Red Card song which he released last year alongside Makhadzi. He also went ahead to connect with Professor, SpiritBanger and Gqubu as they journey to “Rambo”, before partnering with Jumbo and Prince Bulo to release Ngiyabonga Baba.

The hit maker didn’t stop there as he decides to go hard on Izibongo Ze Bearings where he perfected the stage with Stoorne, Mtebza and Khazozo, before launching his new identity with Zulu Lami which was perfected with the magic touch from Ntencane and Joocy. The disc jockey then decides to send a clear message to his fans and haters whom have been clamoring for him to rest from music or quit, and dedicated the “Tira’s Boot” to them which he captioned as “The Return” where he performed alongside uBiza Wethu and Mampintsha, before going on loggerhead with Beast, Worst Behaviour and Western Boyz to drop Insimbi, and then decided to end the project with Ngawe where he shared studio with Joocy, Dladla Mshunqisi and BlaQRythm.