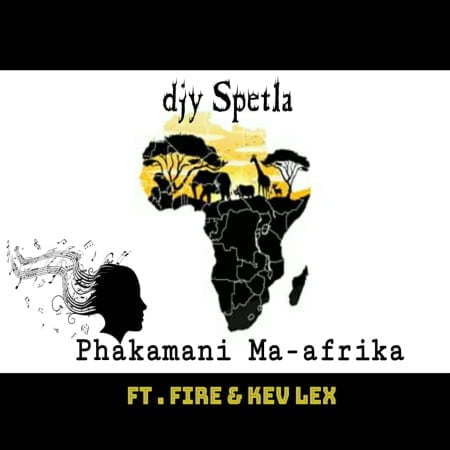 Finally the wait is over as high talented DJ and record producer Djy Spetla who have been the talk of the town lately decides to drop his long awaited 2021 amapiano killer track titled Phakamani Ma-afrika where he featured Fire and Kev Lex. Cop below and enjoy.

“Phakamani Ma-afrika” have been on the wishlist of many music lovers for long now since the track was announced some weeks ago, and today we decides to deliver the full original mix. The house melody will be adjoined on his upcoming EP project which is expected to be out later this year, as the youngster keeps wowing fans with his unique talent. So stay tuned with us for more tracks from the hit maker, and in the main time, update your playlist and leave a feedback with us using the comment box below.

Djy Spetla whose real name is Nhlanhla Percy Phiri, who ventured into his music journey around 2011 in katlehong have been one of the fastest rising hit makers in Mzansi and have the unique ability to switch between genres as he created some magical moments on “Umdanso” where he worked alongside Laskunsa and Speranza, he didn’t stop there as he also went far to connect with Bones,Sayso & Jah’Lesah on one of his best hit track titled “Di 2k” which still tops some local charts till date, and coming through today with massive efforts from Fire and Kev Lex is certainly the best energy level to start the year.

Phakamani Ma-afrika also will serve as the first time Djy Spetla is working with Fire and Kev Lex, and we hope to see more tracks from them as the duo have been one of the best also when it comes to vocals, mixing and mastering.

Stream, and share “Phakamani Ma-afrika”. Don’t forget to drop your comments below.