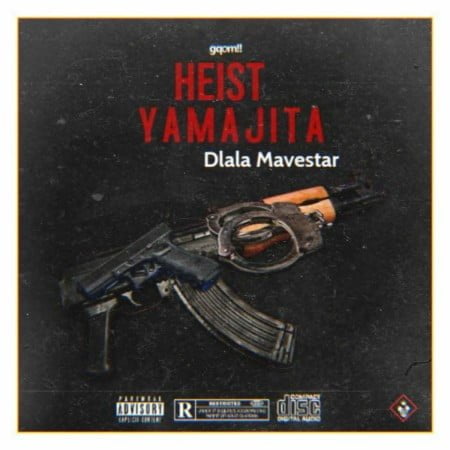 Following the recent news about his upcoming studio album, fast rising DJ and record producer Dlala Mavestar who have been hitting up Durban for long now decides to take his gqom music to a new different level as he starts the week with a new song titled Heist YaMajita. Cop below and enjoy.

“Heist YaMajita” will serve as his first track this year, and surely won’t be his last as the youngster have been cooking up something spicy for long now, and will be releasing his highly anticipated studio album later this year as the official date have not been shared, so stay tuned with us as we always will be the first to dish out the full project upon release. In the main time, update your playlist and leave a feedback with using the comment box below.

Despite being just 18 years, Dlala Mavestar have been silently dominating his province since the beginning of lockdown, and don’t seem to be resting any time soon. He started his musical journey around 2019 despite the lockdown and the pandemic being at it’s peak as at then, the hit maker didn’t relent with his ambitions as he went hard on his first track “Electro Bass” which still tops some local charts till date, and coming through with Heist YaMajita simply shows how focus he is, so join the train and hit the banger real hard.

Heist YaMajita as we mentioned earlier will serve as the second track from Dlala Mavestar and will also be inclusive on his soon to be released project which rumor has it that it will feature top notch moguls in the industry like DJ Tira, Pro Tee, Mampintsha and many more, so stay tuned and groove this one for now.

Stream, and share “Heist YaMajita”. Don’t forget to drop your comments below.