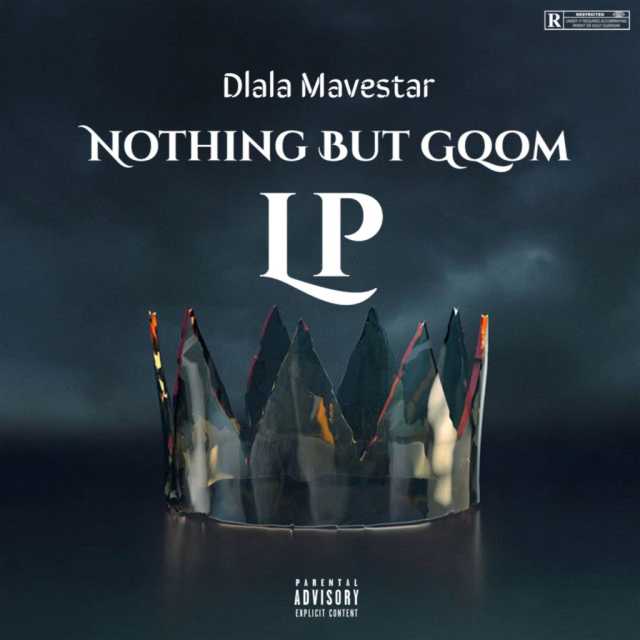 Finally the wait has come to an end as high talented disc jockey and record producer Dlala Mavestar who have been hitting up the industry for many weeks now returns with his long awaited 2021 studio LP project titled Nothing But Gqom Album. Cop below and enjoy.

“Nothing But Gqom Album” have been hitting up digital stores for almost a month now, with fans clamoring for the zip file, and today we decides to serve the full project to perfect the new week groove. The project will house about 16 dope tracks in all and featuring other top artists in the country like Glass SA, Wadlala Sekza, DJ Kop Kop, Khawatha, Msiyano, K Dot, Msiyano, Ruthless Gvng, Woza Sabza, Junior The Dark Man, Dlala Chass, Dlala Duster, Dee Sonic, and Mzala Thaguluva as they strives into making a new history. So without added ado, update your playlist and leave a feedback with us using the comment box below.

Despite being just 18 years, Dlala Mavestar have been silently dominating his province since the beginning of lockdown, and don’t seem to be resting any time soon. He started his musical journey around 2019 despite the lockdown and the pandemic being at it’s peak as at then, the hit maker didn’t relent with his ambitions as he went hard on his first track “Electro Bass” which still tops some local charts till date, and today he decides to make another history with his Nothing But Gqom Album.

The “Nothing But Gqom Album” will follow his last single “Heist YaMajita” which have been making many playlists in Durban. On this one, Dlala Mavestar started the project with his “Visions” track before connecting with Glass SA and Wadlala Sekza on “Motions” and “Bullets” respectively. He didn’t stop there as he also went far to embed the efforts of DJ Kop Kop and Khawatha as they journey together with “Gcina Gcih”, before linking up with his home boys Msiyano and K Dot to elevate the province with massive 2 tracks “IsBhaxu”, and “Asthetheleli”. He then ended the project with his “Umshudo” and “Let Them Burn” track, both of which he featured Dlala Chass.

Tracklist Of Nothing But Gqom Album: