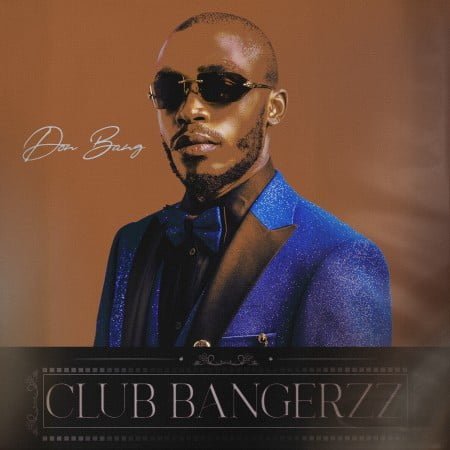 Finally the wait has come to end as top notch hit maker and vocalist Don Bang who have been considered as one of the best when it comes to amapiano genre is on it again as he drops his highly anticipated 2021 studio LP project titled Club Bangerzz Album. Cop below and enjoy.

Club Bangerzz Album which have been one of the most anticipated project his month housed about 8 amapiano tracks in all and this time he decides to go solo without featuring any other artist, thus showing the world he’s what he is and that’s simply magical. The project also have been certified by many as one of the best that will come out this year and we hope for more remix cover on the way.

Don Bang as many already know is not a small fish to fry in the industry as he has a unique talented which only Njelic currently has in the music industry as he does not only produce dope amapiano songs, but also possess one of the best vocals you can find at the moment. The youngster kick-started his musical journey with the afro beat style but finally fell in love with the yanos style of music and have always wished to work with the likes of Kabza de small, DJ maphorisa, Sha Sha, Samthing Soweto, and De Mthuda.

Club Bangerzz Album isn’t the first time the sensational music artist Don Bang is creating magic moments on the hearts of fans, as he had previously dropped some mad projects last year like his street smasher on “Heaven Can Wait Album” and later crowned it a mini album project he called “Remix EP” and since then the youngster have held his fans by the horn.

The modern era of music has given way to enigmas and artists of all shapes and forms who break the norm of what we have come to expect as far as what an artist truly is.

Don Bang is one such artist that epitomizes the essence of the modern era. He is a multi-talented, multifaceted artist, singer, songwriter, producer and live performer born in Lagos, Nigeria. He Studied Sound Engineering in Johannesburg and is making music that is driven by a desire to motivate, inspire, comfort and spread love and joy to all those that hear it.

Born Olugbamu Ilelabola, Don Bang is the embodiment of originality and uses his experiences and musical acumen to create an amalgamated and original sound. Don Bang has had a vast array of musical influences however he accredits the pivotal influences and inspiration in his life to Davido, Wizkid, Burna Boy, Casper Nyovest and AKA. This all culminates in Don Bang producing a musical experience that is enjoyable, easy going but also authentic and grounded in reality. It is music that is relatable to people and infused with positive energy to allow for an immersive experience that brings feelings of elation and happiness. His overarching ambition is to make music that give hope and speaks to other people and to create something that’s unique and memorable.

Don Bang is signed to GURU MUSIC RECORDS and has various projects in his repertoire. Although mainly renowned for his fusion of Jazz and Amapiano and the use of the Saxophone He will be releasing his latest Album dubbed “CLUB BANGERZZ” that will mark a new chapter in an ever expanding catalog with some awesome and diverse sounds precisely place to create club bangers. The Album was produced by Sleazy & Mellow, and executively produced by DON BANG. It will showcase Don Bang’s musicality in a uniquely constructed piece of musical artistry. His new dope sound sound exhibits his versatility and prowess and will surely cement his style as well as pave the way for the varied expressions of his musical ideas and artistic craft. This is the music that will push the boundaries of our perception as well as inspire and drive us to introspective conversations. Music has needed a new message for a long time and now it is finally here! As long as artists like Don Bang exist and his story and music is heard then this is the music that may change the world of music.