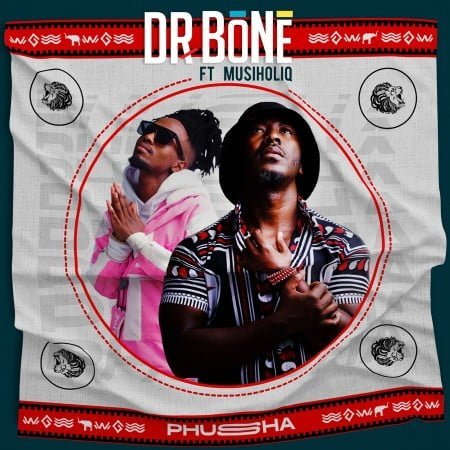 Just when we thought we had seen it all, top notch music art and performer Dr Bone who have been hitting up the country since the beginning of the week is here today with his highly anticipated 2021 song titled Phusha and this time he featured MusiholiQ as well as it’s lyrics. Cop below and enjoy.

“Phusha” was produced by Mr Bone himself as he choose to stand tall once again into letting fans know he’s one of the best. The track also will mark his first project this year after dropping “KwaZet” last year alongside Zakwe. The hit maker also revealed he’s working on his new studio album, and urge fans to keep up the hugh support as this one was lifted from the goody bag, so stay tuned with us as we will be the first to drop the full project upon release, and in the main time, update your playlist and leave a feedback with us using the comment box below.

Dr Bone is without doubt one of the uncelebrated SA hip hop kings, and his productions speaks really loud for him, and this can explain the reason why he takes longer time in releasing fresh music, and despite that he’s tracks still tops most musical chart in the industry till date, and today he decides to make another history with MusiholiQ as they ride along with Phusha which is currently trending as number one on Ukhozi FM.

MusiholiQ on the other hand is without doubt one of the best rappers in the country and with his huge fan base, he’s often considered as number one best rapper in the country and also retains the top spot when it comes to delivering his vocals. He started his musical carrier roughly around 5 years ago and till date have retain the top spot as one of the best in the industry with his numerous hit tracks and some of which will be his killer track “Kimi Nawe” where he featured Rouge, and also “Phakama” which he performed alongside Zakwe, and today linking up with Dr Bone on Phusha is something we have been waiting for long now.

Stream, and share “Phusha”. Don’t forget to drop your comments below.