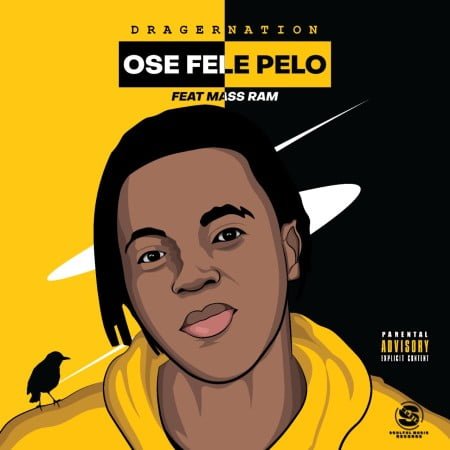 Finally the wait has come to an end as top notch music artist DragerNation who have been hitting up the industry since since last year decides to extend his awesomeness this new year with a dope banger titled Ose Fele Pelo where he featured Mass Ram. Cop below and enjoy.

“Ose Fele Pelo” which have been hitting up the country for weeks now was curved out from his just released mini album project titled “Isiqal EP” which housed about 5 tracks in all and featuring top music artists like MusiholiQ, Leon Lee and many others. The project also will be a starting point of the good music he has in stock this year as he has promised to shower fans with lots of good music this 2021, stay tuned with us as we will always be the first to bring you the full project upon release. In the main time, update your playlist and leave a feedback with using the comment box below.

DragerNation as many already know him is a youngster with multi talent as he can blend from one genre to another and still retain his top vibes, and thus being classified among the likes of DJ Ace and Pro Tee who can switch genre perfectly.

Despite being 24 year of age, the hit maker have produced countless hit tracks to his name and still eager to drop more, some of which will be his popular hit track “Cela’Unkhipe” where he connected with Leon Lee who is also one of the best vocalist in the country, and he still extends his effort in getting the attention of the breath-slaying songstress Noxolo on their love song titled as “You Really Love Me“, and now partnering with Mass Ram on Ose Fele Pelo is indeed a good way to kick-start the year.

Mass Ram on the other hand have been a strong name in the industry and have featured countless times by top hit makers due to his unique vocals, some of which will be his contributions on “Ntombizodwa” which was pioneered by Thulasizwe alongside Vee Mampeezy and Josta, and also on DJ Nipro’s hit track “Kunini Ndilila” which was further perfected by Bukeka and Josta.

Stream, and share “Ose Fele Pelo”. Don’t forget to drop your comments below.