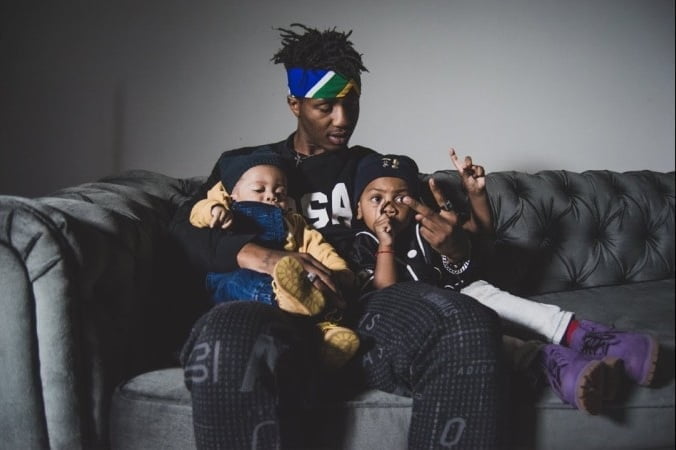 Multiple award winning rapper Emtee finally shares his 28th birthday celebration experience with his sons and clearly does not feed his kids weed.

The rapper with nickname as “The Hustla” turned 28 on the 15th of September and decided to enjoy the day with his two sons Avery and Logan.

On the images he shared, it shows his 2 sons playing with a cake which was designed with weed and this spread ciaos almost among fans immediately but the rap mogul then revealed the cake isn’t edible.

The Hustla also have been dropping some insight about his upcoming studio album which he reveals the name as Logan which the name of his first son and he added that the album is due and will be seeing the light of the day any moment from now.

Emtee further shared that he will be dropping 2 albums this year but since then fans have not yet seen some singles from their best hip hop mogul and this brings the question if he was over optimistic or will really keep to his promises.

In the main time, let’s celebrate with his as he explore his new age as we keep an eye on the full project because surely it will worth the wait.