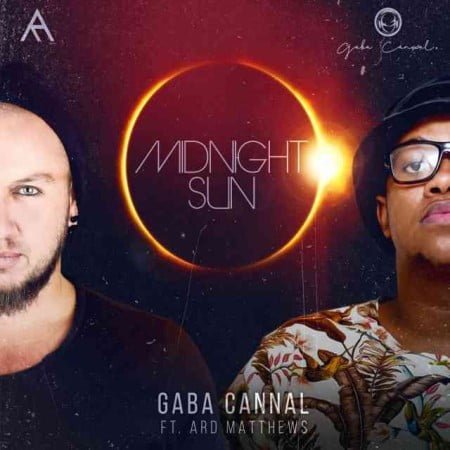 Just when we thought we had seen it all, top notch record producer and disc jockey Gaba Cannal who have been making lots of headlines lately returns with a new amapiano song remix titled Midnight Sun where he featured the original song holder Ard Matthews. Cop below and enjoy.

“Midnight Sun” was released around end of 2019, and since then the track have been dragging many attentions and today SA top notch piano king decides to deliver his own amapiano remix for the cover. The track might also be added to his upcoming studio album which he kept hinting about, insisting the project will change the phase of music in SA making him the King, so stay tuned as we will be the first to drop the full project upon release. In the main time, update your playlist and leave a feedback with using the comment box below.

Gaba Cannal as many already know him as one of the best when it comes to the amapiano music genre, and have been widely considered among the likes of De Mthuda, Kabza de small, DJ Cleo as his production can’t be undermined. He rose to fame around around 2017 with his series of mixtapes as he tends to create an imaginary heaven in the minds of his listeners, and this year seems to follow suit as he kick-starts the year with AmaPiano Legacy Sessions Vol 06 and now forging hard with Ard Matthews on Midnight Sun.

Ard Matthews on the other hand have been one of the oldest in the industry and started his musical journey at a young age when music were still played most on CD plates and cassette, and till date still retain his top notch and even perfecting more as he journeys on a Midnight Sun with Gaba Cannal.

Stream, and share “Midnight Sun”. Don’t forget to drop your comments below.