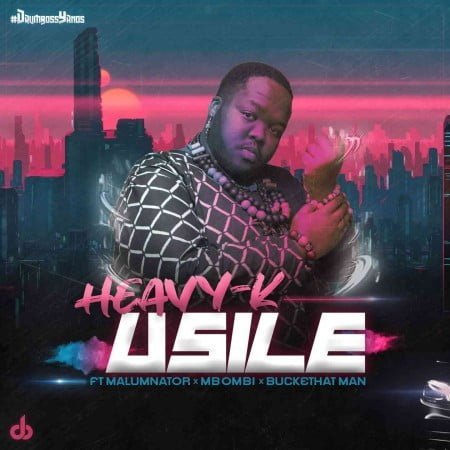 Finally the wait is over as high talented DJ and record producer Heavy K the Drumboss who have been considered by many as one of the best hit makers in the country is here today with his long awaited 2021 amapaino song titled uSILE where he featured Malumnator, vocalist Mbombi and Buckethat Man. Cop below and enjoy.

“uSILE” have been on high demand for days now after the hit maker announced earlier following his acceptance to combine both House music and amapiano when DJ Maphorisa urges them to help promote the new genre. Phori reached out to the drumboss and other top House heads likes Black Coffee and Shimza on an open tweet and among all three, Shimza decides not to divert from his genre but the first 2 accepted and insisted than can handle both genres. The Drum boss went ahead to add that he has a yanos EP project on the way, and urge fans to keep up the huge support, so stay tuned with us as we will be the first to drop the full project upon release. In the main time, update your playlist and leave a feedback with us using the comment box below.

Heavy K as many already have been one of the best when it comes to house music, and that’s where he started but today looks like he will be joining the trend after blasting the amapiano genre last year saying he will never produce such, that it was meant for kids, now looks like the dice have rolled over and he has finally bend the knee and connecting Malumnator, songstress Mbombi and Buckethat Man to spice up the weekend with a new song titled uSILE.

uSILE by Heavy K featuring Malumnator, vocalist Mbombi and Buckethat Man will also be listed on his upcoming studio album as we believed the drum boss will surely drop one this year, as he had previously shared statistics of his previous works with the years thus making him one of the most consistent when compared him with other old producers in the country.

Stream, and share “uSILE”. Don’t forget to drop your comments below.