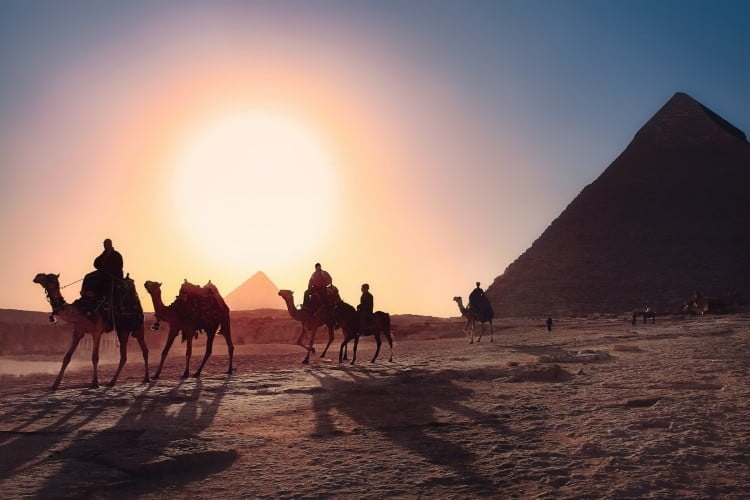 Black Panther was one of the biggest films we’ve seen in recent years. And it was wonderful not just because it was well made, or because it was a satisfying addition to the Marvel Cinematic Universe. What really set it apart was that it celebrated Black culture and glorified African heritage. So much of what the world sees of Africa through film tends to revolve around struggle — and in some cases it’s important to depict. But Black Panther, despite being grounded in comic book fantasy, showed something rich, proud, and optimistic, and even historical in a certain way.

Unfortunately however, we now have no idea what to expect from this film series. The tragic death of Chadwick Boseman, who of course played the titular character, has thrown plans for a full franchise into turmoil. That’s not to say there won’t be more to see in the world of Black Panther. A piece on The Hollywood Reporter this past November indicated that filming of the sequel will start this coming July, which means new action isn’t that far off. But while we trust Marvel to handle the situation delicately, and pay homage to Boseman, it’s fair to say Black Panther 2 won’t be the same.

This got us wondering, though, what other potential franchises Hollywood could explore on the African continent. The success of Black Panther may belong to Marvel, but it also speaks to a worldwide audience for that kind of celebratory take on culture and history we discussed above. And it would seem that there are some other opportunities for major films or franchises.

Perhaps the most unique project that could be considered is a drama (with some action) about the Mali Empire. This is perhaps one of the richest and most impressive historical empires that most of the world knows little to nothing about. And it’s also one that could be brought to life on screen in brilliant fashion. The Mali Empire wasn’t quite Wakanda, but in its heyday, in the 14th and 15th century, it may well have been about the closest thing.

If we had to guess, we’d imagine most people’s familiarity with the Mali Empire goes only so far as the Sid Meier Civilization computer games, which turned the Malians into a playable civilization, with the mighty Mansa Musa as the leader. It’s a nice inclusion from some video games that are actually quite inclusive in their take on history — and yet, functionally most civilizations are largely the same. There’s little in this depiction, for instance, that speaks to the staggering wealth, resources, and knowledge the Mali Empire was known to possess. From the legendary library at Timbuktu to supposed troves of gold, this was a kingdom of wonders that could easily spawn an historical franchise (or at least a fascinating TV series).

The 2016 film Gods Of Egypt may have been a travesty, but it’s still somewhat astonishing that there hasn’t been a major series of epic films based on one of history’s greatest and most celebrated civilizations.

Ancient Egypt still manages to exert its presence across pop culture. As with Mansa Musa, it has a strong presence in gaming, not only in the Sid Meier games but lately also in online gaming. Game ratings in fact indicate that in a seemingly never-ending stream of online slot machine themes, Egypt manages to stand out. The reviews on Gala Spins give the Egypt-themed Eye Of Horus game a 4.7 out of 5 — higher than a number of other very prominent games, and indicative of the appreciation for the Egyptian atmosphere.

Outside of gaming too, Ancient Egypt remains a source of intrigue in modern culture. It is commonly explored on TV shows ranging from the silly (Ancient Aliens) to the merely adventurous (Expedition Unknown). And there are still persistent rumors about films on the era (most notably concerning Cleopatra). It’s quite clear, all things considered, that there’s appetite for Ancient Egyptian material, and an epic film series chronicling pharaonic reigns could be done very well.

While we suspect many outside of Africa have at least heard of the Mali Empire (even if it’s thanks to online games), and Ancient Egypt is a constant source of intrigue, Aksum may be almost entirely unknown to all but the most ardent history buffs.

Situated largely in present-day Ethiopia, the Kingdom of Aksum was thriving nearly 1,500 years before Mansa Musa reigned in West Africa. It was a prominent trade hub, an ally to the Byzantine Empire, and most notably one of the first true Christian kingdoms in the world. All these centuries later, however, its legacy is one filled with mystery. Hazy origins, a mysterious conquest, relations with the Far East, and even rumors of he Ark of the Covenant are all part of the picture. What Hollywood might do with that is anybody’s guess, but a franchise about the first Christian kingdom in Africa could actually have legs.

We’ll wrap up with the idea that modern Egypt could also serve as the backdrop of a new film series. This is less of a speculative prediction, however, and more of an expectation that Marvel may attempt to employ Egyptian culture in its Moon Knight saga.

For those who don’t know the name, Moon Knight is a mildly obscure Marvel Comics hero who is getting his own show. ComicBooks’s rumored release date suggest that we’ll see the hero in action some time in 2022, with Oscar Isaac set to star in the role. We know very little else about the production though. That said, in the comics, Moon Knight is essentially a Batman-esque character who draws power from the Egyptian moon god Khonshu.

It’s easy — and actually quite fun — to imagine Marvel setting parts of his show in present-day Cairo and employing history to give this series a more unique quality.

Here’s hoping, in the end, that Black Panther 2 is as good as the original, and a Wakanda-based series endures. Even if that’s the case though, the ideas above could serve as worthy follow-ups if Hollywood should wish to keep coming back and this time with Wakanda song titled Vibranium which was delivered by Shimza.