Now Trending:
Home
Celebrity News
iFani Assures AKA That He’s Back From The Dead 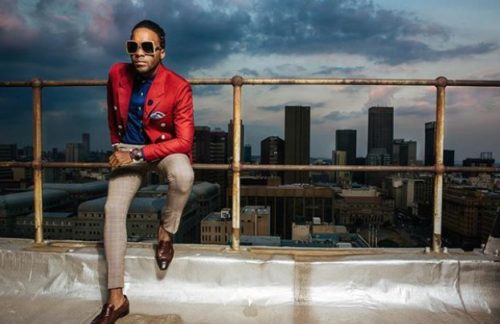 iFani Assures AKA That He’s Back From The Dead

High talented rapper and movie star iFani, who have been silent for many months now finally returns to the music industry and now seems to hit on rap mogul AKA following their ongoing beef.

iFani whose real name is Mzayifani Boltina trends upon calling out AKA in a tweet which reads; “Let me go tell AKA, I’m back from the DEAD”.

Though it’s not new that the 2 music arts have been on the loggerhead and now showing up, he decides to revive the heat which we always know him with.

For years, many have believed that the local rapper have stopped music but rising again on a new track “Intoxicated“, he addressed the rumor this year and refutes the claim.

“I didn’t quit music: My priorities have shifted and I now have time to do things I don’t have time for before.”

He said that he now has time for his son and himself.

However, back to today, Monday, when he tried dissing AKA, but failed, as Supa Mega was not mindful of him.

Eish, I forgot my mask!! pic.twitter.com/Vhood29YQ8

Watching ifani ghosting the industry and comming back thinking he still a celebrity … pic.twitter.com/1piqLToshb

I used to think that Ifani is a smart guy that is bullied on Twitter by AKA only to find out his level of stupidity is beyond Bonang’s English😏
Ifani | Congratulations Pearl | Uyajola 9/9 | Sidikiwe pic.twitter.com/R94KKL4H2I

You only coming back now that we're at level 1🤣🤣🤣 pic.twitter.com/KJ4XBkYhxe