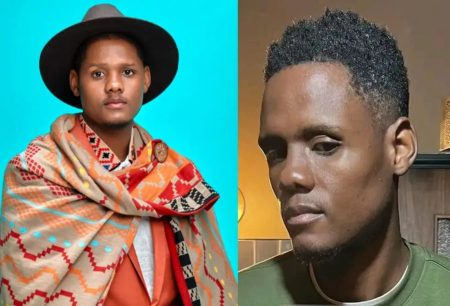 The internet have been going into flames over the news about Samthing Soweto with several questions if he’s dead or still alive after his new weight loss which was displayed on his recent picture he posted on social media.

The artist have used his social media handlers to response to the rumor about his death insisting he’s okay and doing fine for himself. Though he added that he was sick and changed some of his older habits but indeed very okay, but fans have been doubtful about the speech and wish for him bring back his former looks. See his responses below.

“I’m just trying to address what’s been going on recently, people talking about my weight and stuff. Yazibaffitu, you read that right; I’ve been through a lot,” he said.

“I just wanted to thank all the people who sent prayers with loving messages of support. I’m so grateful.”

However, he clarified that he was not dead and that the change was not due to “personal stress”.

Samthing Soweto said he wanted to raise the issue because it seemed to get out of hand.

“I want to fix this and say thank you. I’m going through a lot. There are things I might not talk about because they are personal. But right now it feels like the care and love that most of us artists need because sometimes we feel like you Forgot about us. The public forgot about us, we need support, love and affection when we go through a lot.”

He thanked everyone who sent him positive messages. “[Thanks to] everyone who helped to talk about me, what’s going on, and the emails I get. I can’t even reply to all of them because there are so many – messages, DMs and calls make me feel good, know You care,” he said.

“I’m fine. I’ll be fine. I’m not sick, but I’ve been through a lot. But let me assure you, what I’m going through is what most of us are going through.

“Thanks for the likes and jokes, all is well. I appreciate you inviting me to your presentation. I’ll be fine; we’ll all be fine. Thank you to those who defended me.”

It was added that he will soon be releasing new music that people should pay attention to.