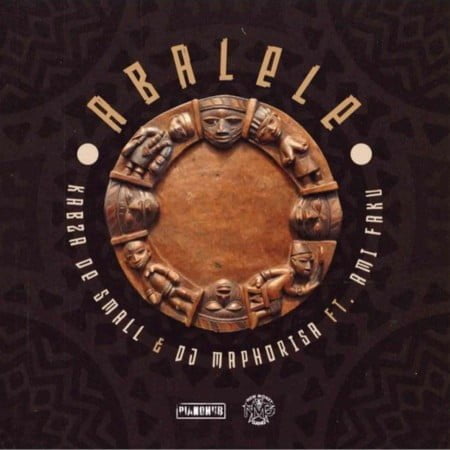 As we wait their upcoming studio LP project, award winning music duo and record producers Kabza De Small & DJ Maphorisa who have been widely considered as the best in the country are here today with their long awaited 2021 amapiano song titled Abalele where they featured songstress Ami Faku alongside it’s full lyrics. Cop below and enjoy.

“Abalele” have been the talk of the town for many weeks now since the snippet of the track was shared by the duo with the name Scorpion Kings. The track have been hovering all over the country as one of the best to have emerged this year, despite their album not released yet. The LP project have been rumored to be out around December. So stay tuned with us as we will be the first to drop the full project upon release, and in the main time, update your playlist and leave a feedback with us using the comment box below.

Kabza De Small and DJ Maphorisa as almost every music lover in Mzansi are the best and biggest when it comes to amapiano music genre with the name as Scorpion Kings, and both have been working together for more than 2 years now and have served countless hit tracks like Scorpion Kings Once Upon A Time In Lockdown Album, The Return of Scorpion Kings Album and Scorpion Kings Live At Sun Arena Album, and all these projects still tops many local charts till time of making this post. Now coming together to fuse a bond with award winning Ami Faku on Abalele is something that will last the test of time.

Ami Faku whose real name is Amanda Faku on the other hand have been breaking many records lately with her magical vocals. The Eastern Cape singer and songwriter have been marked out due to his angelic breath-slaying vocals and many calls her Mzansi Beyonce. She rose to limelight in 2017 as a contestant in The Voice SA and further bagged home with the Idols SA award that same year, thus attracting many fame and popularity towards herself as she perfects her name in the music industry.

Since then, the songstress have been dropping countless hit tracks and many of which was included on her debut “Imali Album” where she features the likes of Black Diamond,  Sun El Musician, and 37MPH. Since then have been featured on countless projects like her presence on Sun-EL Musician To the world and beyond album where she lend her voice on “Goduka” and “Mandinaye“. Today partnering with Kabza De Small & DJ Maphorisa on Abalele is what we didn’t see coming.

Stream, and share “Abalele”. Don’t forget to drop your comments below.