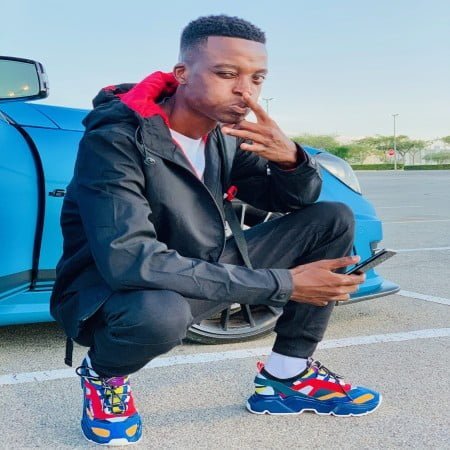 Finally the wait is over as multiple award winning vocalist and performer King Monada who have been considered by many as the best Bolobedu and Limpopo music artist is here today with a new song titled Baby Mama where he featured songstress Jen Jen and Ifani. Cop below and enjoy.

“Baby Mama” have been one of the most requested tracks since the snippet was revealed using a challenge video clip which he shared some weeks ago, so today we decides to drop the full original mix. The track also is likely to be inclusive on his upcoming studio album which he promised many months ago, where he hinted on dropping 100 tracks album before the Pandemic then struck. So without added ado, update your playlist and leave a feedback with using the comment box below.

King Monada as we already know is arguably the best when it comes to Bolobedu house music but many have disputed this fact after the success of Master KG Jerusalema hit song which still holds the place as the best and biggest song in Africa. The 2 musical artists have been going loggerhead for many years now who is the best despite both having different style, as one is a producer and other a vocalist, and we wouldn’t be surprise to see a collaborations between them soon.

Baby Mama isn’t the first time, the King is doing something memorable with his newly found songstress Jen Jen as they both have previously opened the year for us with their massive hit track “Wa Ngobatxa” which was produced by Mack Eaze, and today connecting with the singer again and Ifani simply shows how dope she is despite starting her carrier.

Ifani on the other hand have been one of the best when it comes to his TV shows which recorded one of the biggest sells in China last year, just about a week after his beef with rapper AKA where he ended the tweet with “I’m Back from the dead” after dropping his single “Intoxicated” alongside Latisha Blu. And today decides to make first appearance with King Monada and Jen Jen On Baby Mama simply shows the TV presenter is back with fire.

Stream, and share “Baby Mama”. Don’t forget to drop your comments below.