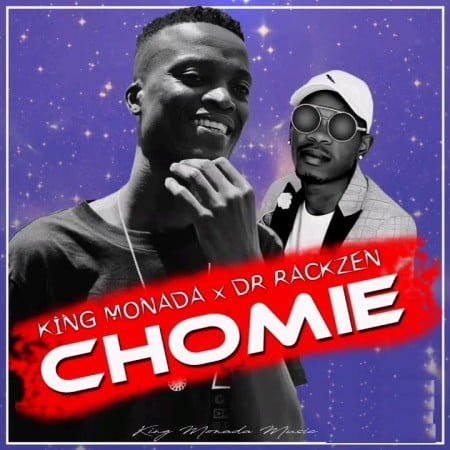 Just when we thought we had seen it all, top notch music duo King Monada and Dr Rackzen who have been considered by many as the best partners in Limpopo music industry are on it again as they drops their long awaited joint banger titled Chomie. Cop below and enjoy.

“Chomie” will follow his massive hit tracks this year Mposte, Pick n Pay, Ko Beyeletxa, Okwa Kae and Wa Ngobatxa, thus making it 6 tracks this year already despite being the in the first quarter of the year, thus it’s no doubt that the Limpopo king is gearing towards dropping a new album, so stay tuned with us as we will be the first to drop the project upon release. In the main time, update your playlist and leave a feedback with using the comment box below.

Dr Rackzen on the other hand have been one of the major backbone behind the King Monada‘s success as the duo have been linked up multiple times since last year with countless tracks and we know here won’t be the end of the road for them as we know Chomie will follow another massive hit track.

Stream, and share “Chomie”. Don’t forget to drop your comments below.