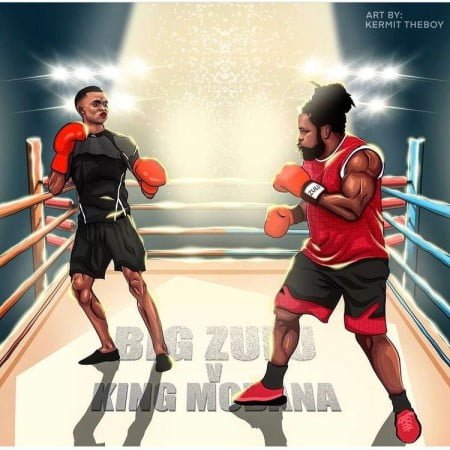 Following the news about his upcoming boxing match, top notch bolobedu singer and performer King Monada who have been considered as the best music artist in Limpopo is here today with a new 2021 song titled Karate where he featured PHB Finest. Cop below and enjoy.

“Karate” was lifted as a result of his upcoming boxing match with Big Zulu where he shared some video clip where he furiously matched to ring but was held by many supporters not to fight the rapper. The boxing match since then have been postponed and they intend to drop the official date soon, and also urge fans to stake on his behalf, promising them he will knockout Big Zulu in the first round.

King Monada whose real name is Khutso Steven Kgatle as many already know is arguably the best when it comes to Bolobedu house music but many have disputed this fact after the success of Master KG Jerusalema hit song which still holds the place as the best and biggest song in Africa. The 2 musical artists have been going loggerhead for many years now who is the best despite both having different style, as one is a producer and other a vocalist, and we wouldn’t be surprise to see a collaborations between them soon. And today he decides to link up with PHB Finest as he drops a new song titled Karate which he claimed will be his next skill to acquire so as to dominate on the ring.

PHB Finest on the other hand have been staying low for couple of months now, thus many have believed him to be an upcoming, but his productions today simply tells a different story as he drives a perfect beat to motivate King Monada in to venturing to his new quest which is Karate.

Stream, and share “Karate”. Don’t forget to drop your comments below.