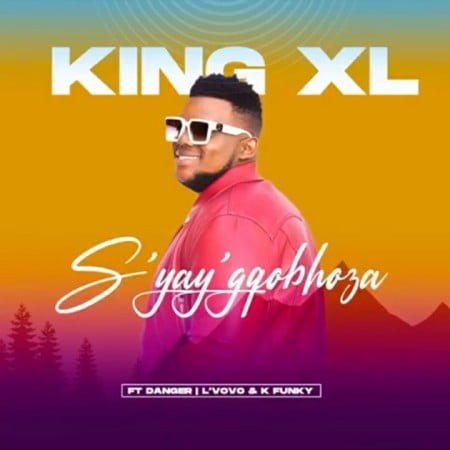 Finally the wait is over as high talented record producer King XL who have been silent for a while now finally decides to break the air as he drops a new gqom song titled S’yay’gqobhoza where he featured Danger, L’vovo and K Funky. Cop below and enjoy.

“S’yay’gqobhoza” posses the repeat attribute and will surely rock many clubs and events this festive period as the music arts assures fans that indeed igqomu isn’t dead. So without added ado, update your playlist.

It suddenly seems shocking that all the while that we have known King XL, he hasn’t dropped his debut single. That’s quite unbelievable but true. The talented muso is set to show Mzansi what he’s made of as he debuts his first single as a lead act. You’re going to love this one.

You may have caught quite a list of the collabs which his featured acts have appeared on. They have worked with a number of Mzansi’s biggest stars including DJ Tira, Mampintsha, Babes Wodumo, and more on songs like “Angel”, “What Time Is It” and more. All the songs they have appeared in have been resounding hits. We have no doubt that this new offering will do quite well.

He calls the song “Syay’gqobhoza”. It features contributions from Danger, L’vovo and K Funky. The song is a real vibe, we are sure it’s going to make a big impression

Stream, and share “S’yay’gqobhoza”. Don’t forget to drop your comments below.