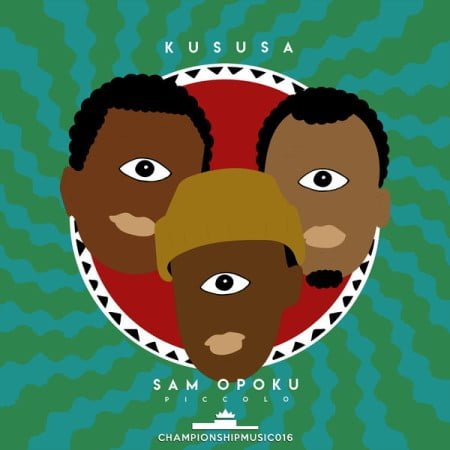 Just when we groove to the Easter season, high talented dj duo and record producers Kususa who have been hitting up the afro house music genre since last year decides to drop their highly anticipated song titled Piccolo where they featured Sam Opoku. Cop below and enjoy.

“Piccolo” have been on high demand for long now since the track was used as an opener on Shimza’s Lockdown House party which he served fans last month on channel O with the effort to promoting the covid-19 awareness. The track also will serve as the first track amidst their upcoming studio album which will be released later this year according to our recent interview with the music duo, so stay tuned with us as we will be the first to drop the full project upon release. In the main time, update your playlist and leave a feedback with us using the comment box below.

Kususa as we mentioned above is a music group made of 2 top notch hit makers and disc jockeys who have been rewarded by fans as one of the best record producer when it comes to House music, and have worked on many tracks, many of which still remains top level in many music charts till date like their perfect moment on “Victims of the Night” where they performed alongside Argento Dust and vocalist Zameka, and also their perfect moment on Malizole. And today they decides to link up with Sam Opoku on Piccolo simply shows the upcoming album will come with lots of heat, stay tuned.

Sam Opoku on his own lane have been one of the celebrated vocals in Zimbabwe and generally known for his “Yellow” track which still tops many local charts till date, and further perfecting his musical journey with Kususa is indeed something Piccolo.

Stream, and share “Piccolo”. Don’t forget to drop your comments below.