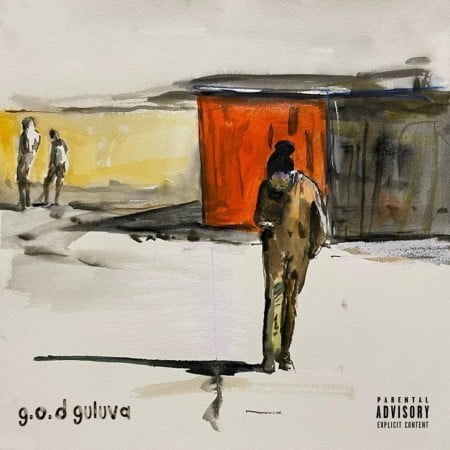 Finally the wait has come to an end as legendary and multiple award winning singer and performer Kwesta who have been considered by many as the king of pop music decides to drop his highly anticipated 2021 studio LP project titled g.o.d Guluva Album. Cop below and enjoy.

“g.o.d Guluva Album” is simply beyond an album as it will mark his album after about 5 years after his Dakar II album which still holds great place on the heart of his fans. The project will house about 15 tracks in all and featuring the likes of TLT, Makwa, Troublle, K.O, Focalistic, Bassie, Reason, Kid X, Thabsie, Zingah and Umzulu Phaqa as he strives to regain his throne as the best vocalist in Mzansi. The project also have been to labeled as the best pop music project so far this year as it’s already topping almost all digital stores despite still unreleased, so now that it’s out, simply update your playlist and leave a feedback with us using the comment box below.

Kwesta whose real name is Senzo Brikka Vilakazi as many already have been topping the charts as one of the best music artist in South African music industry for many years now and today he decides to perfect it once more. The rapper and songwriter was born in Katlehong, Gauteng, a township also known as ‘K1’. He started his musical carrier at early age of about 15 with his friends as they form a rap group “Ghetto Fellaz” which then changed to “The Juvenylz”, in 2003. His limelight came around 2013 when he released DaKar album and since then have been ridding in the light.

The g.o.d Guluva Album as we said earlier will serve as the 4th studio LP project from Kwesta after dropping his last project about 5 years ago and then decided to focus on his family, but lately have been featured by many artists and record producers as fans can’t get enough of his vocals and some of his recent efforts will be seen on Sun-EL musician to the world and beyond album as they both perfected “Fly Again“, and also on Ayanda Jiya Queen EP as they both went hard on “Love Me” song.

The DaKar boss started the project promotion with “Fire In The Ghetto” which was released about 2 months ago and featured Troublle, before trying to find his origin with “Who I Am“, and today decides to drop the full project. On the project, it was started with his collaboration with Yanga Chief as they both rapped through Thandazani before going solo on Snakes In The Crib. He then went far to connect with TLT and Makwa Beats to premiere Dulas and Nthabiseng respectively before connecting with K.O, Focalistic and Bassie on Kubo.

Kwesta the King of SA pop music didn’t stop there as he went on to feature his African Queen Thabsie on Hamba Nawe as both have series of nice moments in the past and then connected with his homey Zingah on Daai Deng before ending the g.o.d Guluva Album with about 3 singles “The Bottom”, Nobody and Favourite Song.

2. Kwesta – Snakes In The Crib