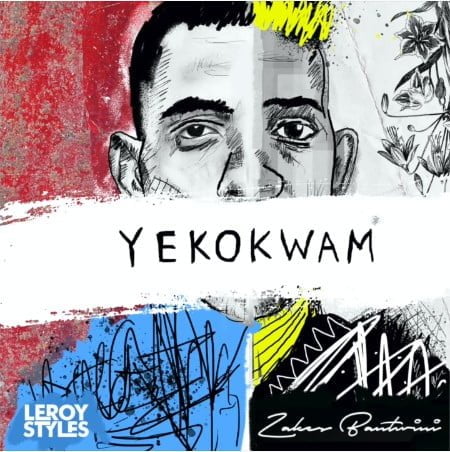 Finally the wait is over as high talented record producers Leroy Styles and Zakes Bantwini decides to go on a loggerhead to spice up a new afro house track titled Yekokwam (Original Mix). Cop below and enjoy.

Yekokwam (Original Mix) have been on high demand for long now since it was first played by Black Coffee on one of his Home Brewed which he used to raise funds amid the pandemic in the country. So today we decides to bring you the full hit song, so update your playlist and don’t forget to share your thoughts below.

Leroy Styles is a Dutch DJ and have been making lots of headlines in Netherlands with his home mixtapes to warm fans during this lockdown period. And have also added on one of his last live mix that will be working with more South African Djs. So stay tuned for more killer tunes from the house machine.

Leroy Styles stands for groove, minimal and funky techno or as he likes to call it “just house”. From the early 90’s, when he fell in love with house music, till this day when Leroy is considered one of the most successful DJ’s in the Dutch club scene. He’s been ‘putting his money where his mouth is’. Depending not only on his talent but on hard work as well.

So, how does one starts out by using cassette tapes to practice his mixing skills and then ends up being a much respected producer and an amazing DJ, putting out records and getting (international) support and recognition? What happened in between his first public performance at a R&B club in 2002 and his track Manejable being the official Latin Village Anthem in 2009, released on his own label Afrazoo.

Zakes Bantwini on the other hand have been one of the best producers in Africa and most likely to be the best in Mzansi where he displayed his unique talents on his last Lockdown House party mix he performed live at Channel O and on some of his killer tunes like “Amanga” where he featured Nana Atta to perfect his production.

This is however not the first time the 2 record producers are working together as last year they united on “Nyoni Yezulu” and today they decides to make yet another history with Yekokwam. So let’s just watch and see if their’s an album on the way.

Stream, and share Yekokwam (Original Mix). Don’t forget to drop your comments below.