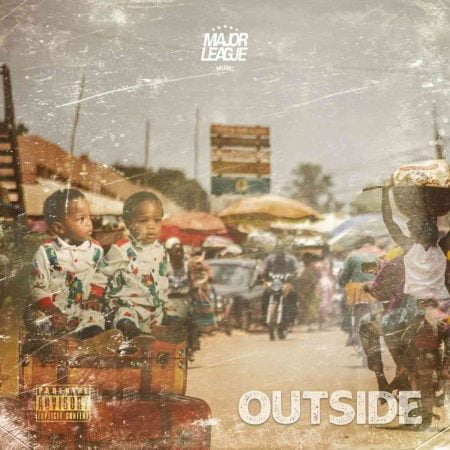 Following the recent news about their upcoming European tour, award winning music duo Major League Djz who have been considered as one of the best in the country are here today with their long awaited 2021 studio LP project titled Outside Album. Cop below and enjoy.

“Outside Album” will serve as their 3rd studio LP projec this year after having be proclaimed by many as the best amapiano duo in the country. On this one they decides to connect artists from all over Africa, and including Nigerian and Ghanaian top artists like LuuDadeejay, Virgo Deep, Stonebwoy, Gyakie, Teezee, BOJ, Dlala Mlungu, Blaqnick, MasterBlaq, NSG, C4 DJs, Nvcho, Mathandos, Efya, Darkovibes, Mhlekzin, Mfana Kah Gogo, Unlimited Soul and Zinoleesky on a 10 tracks project. So without added ado, update your playlist and leave a feedback with us using the comment box below.

Tracklist Of Outside Album: