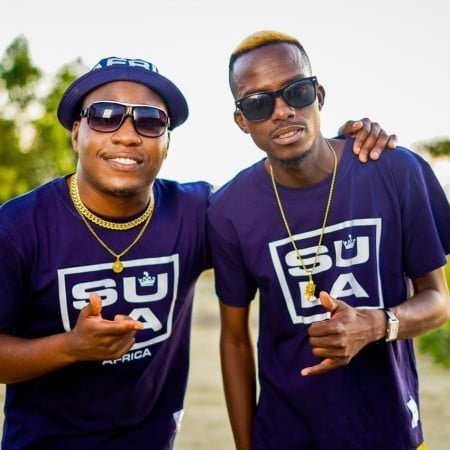 Finally the wait has come to an end as top notch music duo and record producers Mapara A Jazz who have been making lots of headlines lately are here today as they returns with a new amapiano song titled Faki Zaka where they featured Jeez Fuza. Cop below and enjoy.

“Faki Zaka” have been on high demand for weeks now since the track was announced by the DJ duo on their social media platforms, since then the sample of the track have been trending on tiktok and today we decides to deliver the full original mix as we groove to yet another new month. The track also was left out on their last studio album and we believed it will be listed on the next which may be coming any time soon, so stay tuned for more songs from the best. Without added adi, update your playlist and leave a feedback with us using the comment box below.

Mapara A Jazz as many already know are not small fish to fry in the industry and are top notch when it comes to amapiano genre, thus making their name to become a household name despite being in the game for just few year. The duo attained great success after their hit song “John Vuli Gate” where they worked with Ntosh Gaz and Colano, and since then the track have been trending on almost all musical charts in the country, and bagging many awards. The success of the track then led to many record labels agitating to get their signature, but Open Mic Productions finally won the battle and since then the duo have been doing what they do best. And hooking with with Jeez Fuza on Faki Zaka we can smell a hit banger.

Jeez Fuza on the other hand have been working very hard, and Faki Zaka isn’t his first partnership with Mapara A Jazz as they both have been linked on “John Vuli Gate Album” where they all went down on “Nyesa Mjolo” and till date still holds the spot as one of the best hit in that LP project.

Stream, and share “Faki Zaka”. Don’t forget to drop your comments below.