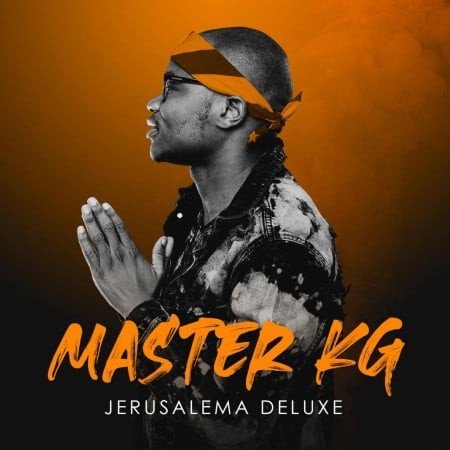 Finally the wait is over as award winning record producer and disc jockey Master KG who have been vastly considered as the best hit maker in Bolobedu and Mzansi as a whole is here with his long awaited 2020 studio LP project titled Jerusalema Deluxe Edition Album. Cop below and enjoy.

“Jerusalema Deluxe Album” which have been the most anticipated project this year house a whooping 14 tracks and some of which was inclusive on the first version of his project which was released last year. The project this time features more top notch music artists like DJ Tira, Nokwazi, Mpumi, Prince Benza, Nomcebo Zikode, Zanda Zakuza, DJ Coach, Makhadzi, Indlovukazi, Nox, Tyfah, Natalia Mabaso, Mr Brown, Burna Boy, Micro TDH, and Greeicy. So without killing most of your time, update your playlist and leave a feedback with using the comment box below.

Master KG have been hitting the music industry since late last year with his Jerusalem single and thus bagging about 10 awards just in space of 7 days and that’s highest any music artist have ever achieved in the country, and the most intriguing part is that this awards were bagged just with a single track. The track was first promoted with a dope remix from veteran Nigerian singer Burna Boy, and this gave the hit it’s major exposure and thus was further extended with the Latin version of the remix and thus attracting other hit makers to drop their own remix cover.

The song however was perfected and written by Nomcebo Zikode who have rose from upcoming music artist to one of the top heads in the industry and many thanks to Open Mic Entertainment who have been a solid pillar for many talents in the country. So the Deluxe Version of the Jerusalema album was kick-started by the single and the further promoted by “Ng’zolova” where he partnered with Afrotainment boss DJ Tira and songstress Nokwazi. The song however is still on the top 10 in almost all charts in the country since it’s release.

The track was followed by “Ithemba Lam” where he featured one of the house queen Mpumi and his younger brother Prince Benza who have been rising fast also in the industry. The track was first promoted by Master KG alongside the duo he featured and they shared a video housing the snippet of the song. The video displayed where they were grooving to the song in the studio, probably as the recording was done.

Next will be “Uthando” where he featured DJ Coach and his first crush Zanda Zakuza who helped his attain major heights with his Skeleton Moves track which also tore down Africa as many started using it during the Xenophobic attack that it was a warning that the world should remember the road that will lead you home.

The Master KG Deluxe version of the Jerusalema album was further strengthened by “Kure Kure” and “Mufara” where he connected Nox and Tyfah on both tracks as he pays his back for his feature on their joint hit track titled “My Melody” which was released 3 months ago.

The last both not the least new hit track on the project will be “Polygamy” where he connected with his best ladies Nomcebo Zikode and Zanda Zakuza and this also have been shared some weeks ago where he was in studio and both songstresses where singing to the new vibes. The rest on the Deluxe version will be his older track and we strongly believed he would have made this an EP with new track, but all the same, then hit maker knows the game better.