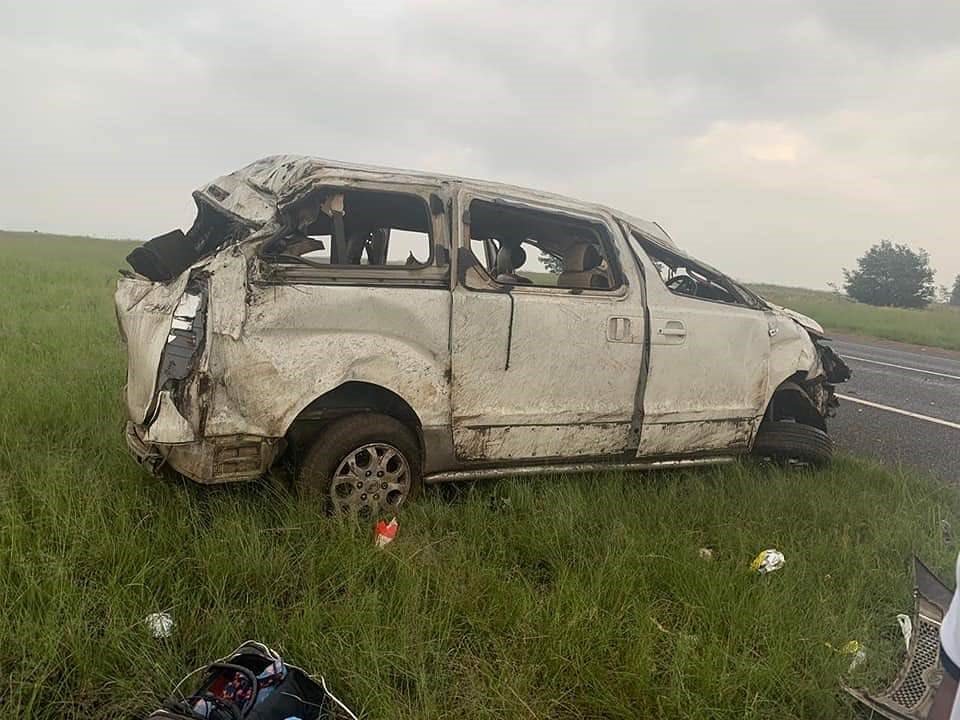 High talented piano king Mfr Souls are been involved in a car accident as you can see the above image. This is indeed a very sad news.

The amapiano sensational music duo have been recognized all round Africa for their hit banger “Love You Tonight”, “Bambi’khanda” and “amaDM” and this unpredictable incident is really what we wished could have passed by but be as it may, they were rushed to the hospital after the accident.

While on their way to entertain their fans at a gig, the group got involved in an accident

Instead of making fans happy they are lying at Thelle Mogoerane Hospital in Vosloorus Ekurhuleni.

The two members, Tumelo Nedondwe and Tumelo Mabe as well as their manager were in that vehicle at the point of the incident as they were traveling in a Toyota Avanza on New Year in Vosloorus.

A picture of the Hyundai H-1 which is badly damaged is circulating on social media networks.

The news explained that the car overturned many times and many have even doubted if there will be any survival but God is great as there was no death recorded.

However, this is not the first time the amapiano group have been involved in something of this nature, as similar thing happened to them in 2016 on the 30 of January.

The group, wrote on their Facebook page that the accident in 2016 happened while they were leaving Soweto.

MFR Souls public Relations manager, Lebohang have confirmed no death yet and added that he will be going to the hospital to check the three of them.

He said the group was on its way to a gig when they had an accident.

Please which them well and quick recovery.