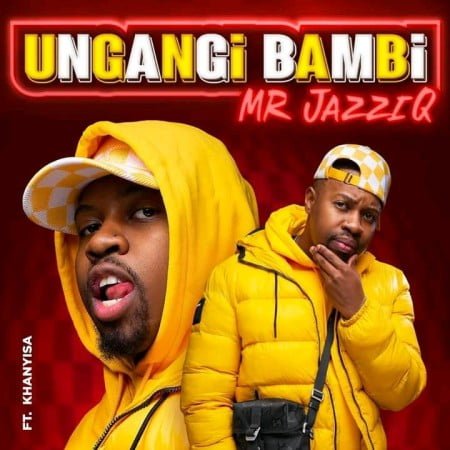 Just when we thought we had seen it all, top notch record producer Mr JazziQ who have been widely considered as one of the best piano king in the industry is here today with a new 2021 amapiano song titled Ungangi Bambi where he featured vocalist Khanyisa who perfected the track with her full lyrics on the full original full song. Cop below and enjoy.

“Ungangi Bambi” without doubt have risen to become the best and most demanded piano track this year since the track was played on lone of his life mix sessions. The track since then have been flooding every corners of the industry and today we decides to deliver the full original mix full song to perfect the weekend groove. The track also have been rumored to be inclusive on his upcoming studio LP project which will be released later next year. So without added ado, update your playlist and leave a feedback with us using the comment box below.

Mr JazziQ as the name keeps striking to the moon this year, is a South African DJ and record producer who was previously known for his music group JazziDisciples alongside his friend Josiah De Disciple, and later dissolved the group last year due to some unknown reasons. Since then the hit maker have been blowing fans away with his new found name and thus also hinting that he’s the best when it comes to amapiano music genre by acknowledging himself as Yanos Culoe De Song but fans are yet to believe that, but with this Ungangi Bambi track with Khanyisa, he might be scooping the crown anytime soon.

Khanyisa on her own plane, have been working very hard since this year, and have become one of the fasting rising star when it comes to the piano music industry, with lots of her track currently trending on many musical charts. Today he decides to further tattoo her name on the hearts of her fans with Ungangi Bambi alongside Mr JazziQ.

Stream, and share “Ungangi Bambi”. Don’t forget to drop your comments below.