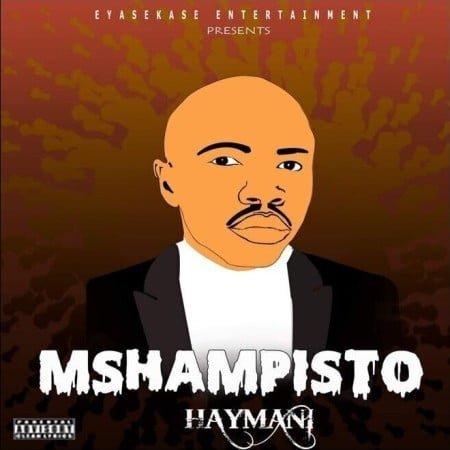 As we groove to the new month vibes, top notch piano king and record producer Mshampisto who have been hitting up the industry for long now decides to breakthrough once again with a new amapiano song titled Haymani. Cop below and enjoy.

“Haymani” have been on high demand for many months now since the track have been used by several piano Djs on their mixtape sets, and many have been confusing the track to be owned by Kabza De Small due to the heavy drum but today the man of the moment decides to storm fans with surprises as he drops the full original mix. So without added ado, update your playlist and leave a feedback with us using the comment box below.

Mshampisto whose real name is Mziwethemba Mgilazana have been dropping massive bars since this year and also opened up about an upcoming EP which will be released later this year. The hit maker is just 22 years of age and so far have been dominating as one of the youngest amapiano hit maker in his born province Eastern Cape and heavily known in Libode (Zandukwana village). The aritst then decide to further his path into his musical journey by retracing to Johannesburg and since then have been smashing the streets with his yanos tunes. He started his journey at a very tender age, and around 2013 he dropped a Kwaito song titled “Amakgwapu-kgwapu” where he featured legendary music artist Drencko and the following year he dropped a remix with Madluphuthu for the same song. So bringing Haymani simply means the youngster is about to take the mantle as one of the best piano king in the country.

Haymani will also serve as the first track from Mshampisto as he keeps sharing some insights about his upcoming EP which he insisted that the project will be a hell of a pie and might link up with his previous buddies Brickz, Pitch Black Afro, Spikiri and Bruno, so stay tuned.

Stream, and share “Haymani”. Don’t forget to drop your comments below.